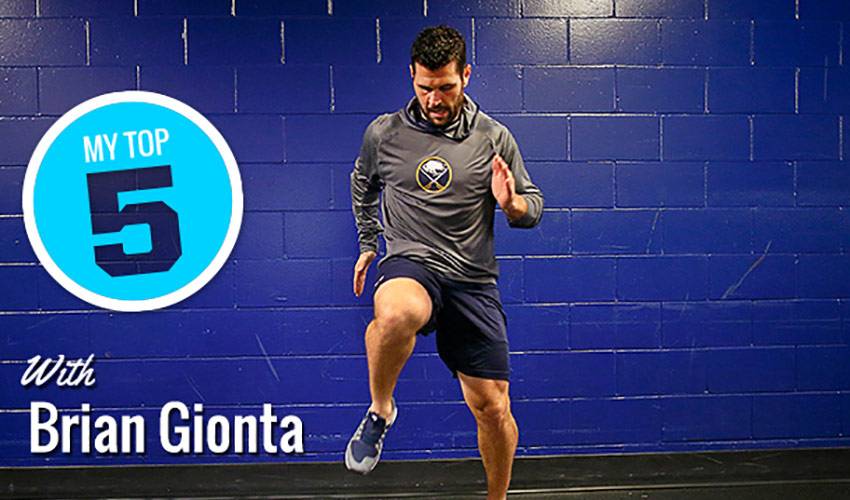 Before he reached ranks of the NHL, Brian Gionta had no shortage of players he looked up to, including some of the best to have ever skated in the League.

Closing in on 1,000 regular season NHL games, the 37-year-old captain of the Buffalo Sabres selected five stars that left an indelible mark on the sport and him.

Of the players he chose, the winger has met four of them. The only one he hasn’t? A fellow forward who helped to ignite the Calgary Flames.

“During my era, he’s the premier player. Growing up as a kid, whenever you played – in a rink or road hockey – you tried to emulate what he did.”

“I guess the first thing that comes to mind is his size and the way he played. He wasn’t the biggest guy, but he could do so many things so well. He was someone you’d watch and just admire the way he played the game.”

“It’s the same thing as Pat LaFontaine. He wasn’t the biggest guy on the ice, but he played with a huge heart and could hurt you in so many ways.”

“I actually have a Tom Barrasso goalie stick. I was 11 or 12 and I was a big fan of his. He was intense and he was a goalie that could make that big save when you needed it most. As for the stick, I got it back then from Buffalo’s equipment manager, a guy by the name of Robert Simonick. He’s still the equipment manager for the team and we just celebrated his 3,500th NHL game.”

“A right-handed shot, a great leader – Steve Yzerman is one of the all-time greats. I really admired his skill, how hard he worked and just his pure talent.”

“I’ve met Yzerman, LaFontaine, Barrasso – when I was young – and Gretzky. The only one on my list that I haven’t met yet is Fleury. Maybe I will some day.”