Less than two weeks before he celebrates his 25th birthday, Cam Fowler, closing in on 450 NHL regular season games, will have the chance to enjoy one of his favourite days on the calendar. 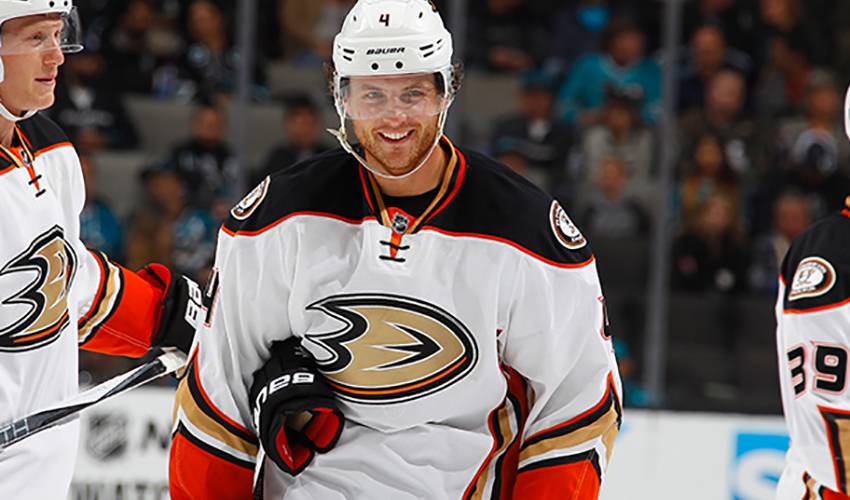 What’s on Cam Fowler’s plate this Thanksgiving? There’s a little bit of everything, actually, from a big feast, to football, to second (and perhaps, third) helpings.

Less than two weeks before he celebrates his 25th birthday, Fowler, closing in on 450 NHL regular season games, will have the chance to enjoy one of his favourite days on the calendar.

The defenceman, who was born in Windsor, ON, but grew up in Farmington Hills, MI, had his Thanksgiving festivities mapped out well in advance of the holiday.

“I really do enjoy it all,” said Fowler. “When it comes to my favourite part of dinner, I’d have to go with the sweet potato mash and dessert.”

In between courses, the 12th overall pick of Anaheim in the 2010 NHL Entry Draft will settle in for a day of NFL action, including a game featuring his beloved Detroit Lions.

The Lions, currently tied with Minnesota for top spot in the NFC North, host the Vikings in a key divisional matchup.

While Fowler won’t be decked out in silver, blue and white, he will be glued to the set for three hours.

“I’m a huge Lions fan and I will definitely be watching the game,” said the blueliner, who was a standout baseball player in high school. “I watch them any chance that I get.”

Fowler, who started his NHL career in 2010-11, appearing in 76 games with the Ducks, certainly has people watching him this season.

The mobile defenceman has six goals and 13 points in 20 contests, putting him on pace for his best offensive campaign to date.

He’s also averaging a shade under 24 minutes of ice time per game - a career-best mark. Add in one game-winning tally to the mix and the first quarter of 2016-17 has been quite good for Fowler.

All the more reason for Fowler, whose trophy case includes a Memorial Cup medal and a World Junior Championship gold, to take pause on Thanksgiving and reflect on what he’s grateful for.

“The things I’m most thankful for are my family and being able to live my dream,” said the 6’1, 207-pound Fowler.

An extra spoonful of sweet potato mash and one more helping of dessert might also find its way onto Fowler’s list.

A Son's Dream & A Father's Pride