After a thrilling 5-4 overtime win on New Year’s Day in the first-ever Centennial Classic, Toronto Maple Leafs forward Leo Komarov shared his thoughts about the joy of hockey in the great outdoors. 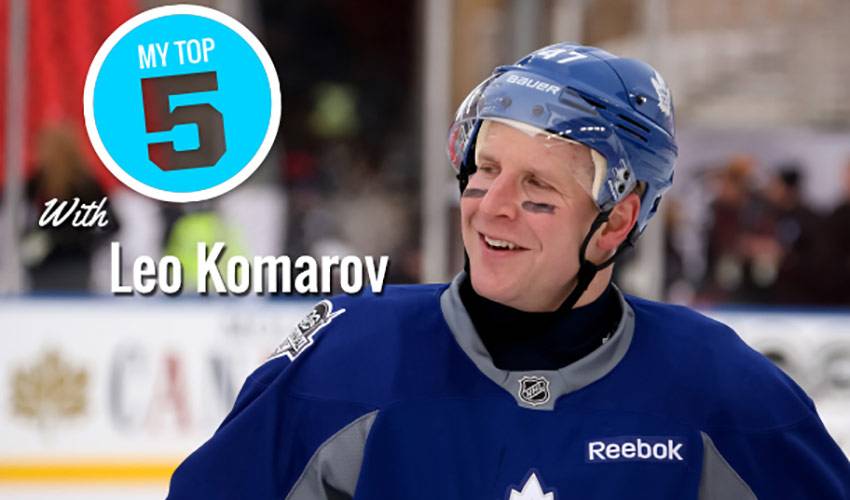 After a thrilling 5-4 overtime win on New Year’s Day in the first-ever Centennial Classic – played in Toronto – Maple Leafs forward Leo Komarov shared his thoughts on the joy of hockey in the great outdoors.

The first Estonian-born player to play in the NHL, Komarov moved to Finland with his family when he was five. He’s won several medals playing for Finland, including one gold and two World Championship silvers and an Olympic bronze in 2014.

The veteran forward, who scored a goal and had a game-high eight hits in the Maple Leafs victory, talked about honing his skating skills outside as a kid and a particularly cold outdoor game in Helsinki nearly five years ago.

“I grew up playing hockey outdoors. We didn’t have an indoor rink where I grew up, so I spent a lot of time learning the game being outside. I’m very used it. That’s why it was nice to get to the chance to do it again. I missed it. It was a lot of fun when you were a kid. You’d stay outside for a long as you could, get called to come in, and then get right back out there.”

“I played one outdoor hockey game when I was with Team Finland (2012, against Russia, in Helsinki). It was similar to this. The one in Helsinki had about 25,000 people come to watch. I can tell you it was way colder in that game than it was in this one in Toronto.”

“When I was young, I liked Jaromir Jagr. So when you played, you tried to be like him. I have a lot of his hockey cards, too. Every time I got one of his cards, I made sure I put it away. I think I still have about 60 or so left.”

“It’s just great to have been part of it. You just hope the fans enjoyed it and it was a neat experience for everyone who was part of it. My wife and her family were at the game, too. It’s something you will remember for a long time.”

“You always try to find a way to keep warm for these type of games. You can always have a little hot chocolate between periods.”

What would Leo Komarov's chosen profession be if he wasn't a hockey player? The answer may surprise you as much as his favourite NHL jersey growing up!

Komarov all systems go for another shot at international hockey glory