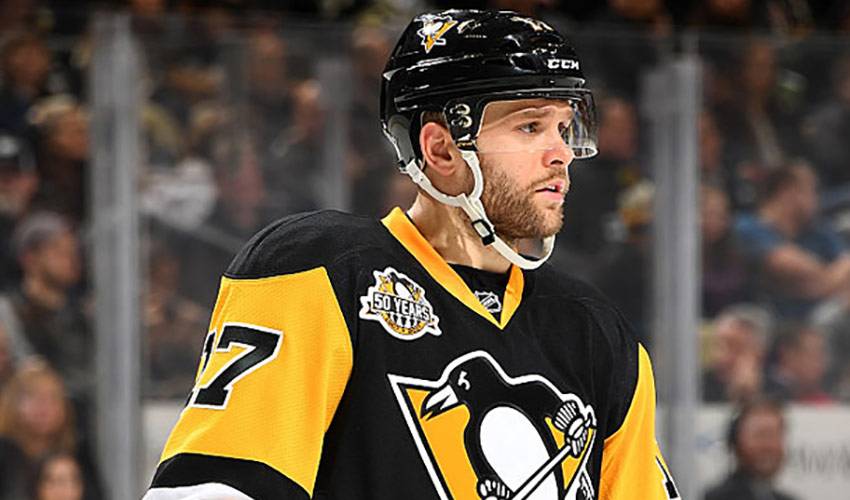 In the weeks leading up to his junior hockey season with the University of Notre Dame, one thought kept coming back to the winger from Michigan: he had to make some changes.

And that’s precisely what he did.

“I didn't have the most spectacular freshman and sophomore years at school and I didn't have the most confidence,” recalled Rust. (Head coach) Jeff Jackson and I butted heads a little bit before I decided to get my act together the summer before my junior year. That allowed me to step up my game a lot and be a far more effective player.”

In 41 games as a junior, Rust finished second in scoring with 15 goals and 34 points, a marked improvement from the five tallies and 11 points he posted as a sophomore.

The highlights were plenty, including an eight-game point streak, leading the team with a +25 rating, and selection to the all-tournament team at the Ice Breaker Tournament.

“My most memorable moment with Notre Dame had to be winning the last CCHA championship my junior year at the Joe (Joe Louis Arena, home to the Detroit Red Wings),” said Rust. “It was such a great group of guys, guys that I am still friends with today. It was also so memorable because I grew up a Wings fan and winning a championship at the Joe was extra special for me.”

Rust’s senior year was equally impressive, a campaign in which he led the Irish with 17 goals, netted his first hat trick with Notre Dame and recorded eight games with two points or more.

Rust was also honoured with the Charles “Lefty” Smith Coaches Award as the team's unsung hero.

“Winning the unsung hero was very special to me,” he said. “The award itself signified that my turnaround and hard work did not go unnoticed by the staff and that going to Notre Dame and sticking with it was still one of the best decisions I've made in my life.”

It’s something Rust, just shy of skating in 100 NHL regular season games, reminds himself of often.

“The most important thing I learned at Notre Dame was having strong character both as a person and as a hockey player,” noted Rust, who scored the game-winning goal with 1.1 seconds left in overtime in the 3-2 win over Boston College in the 2011 "Dedication Game" for the Compton Family Ice Arena, the 5,000-plus seat building on the Notre Dame campus. “The whole staff at Notre Dame really made sure they worked as hard as they could to make sure I knew that being a good person off the ice was equally if not more important than being a good player.”

Rust humbly takes pride in knowing that he’s succeeded at both.

“When I look back, I realized I also learned how to handle adversity a little bit and persevere. That’s really helped me in my career so far.”