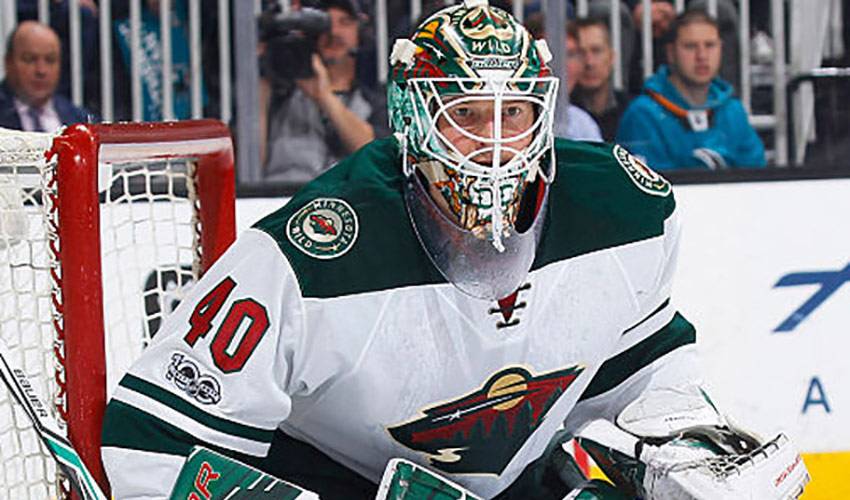 Pick a number, any number. Twenty-two wins, a 1.77 goals-against average, a .940 save percentage and five shutouts.

There’s no doubt that Dubnyk, Minnesota’s towering 6-foot-6 man behind the mask, has been simply spectacular in 2016-17.

Yet, in spite of all the individual success, including punching his ticket to his second straight All-Star Game, the 30-year-old veteran consistently shrugs off the personal recognition, focusing instead on helping keep the Wild in the upper ranks of the Western Conference.

“He’s just been unbelievable in net for us this year,” praised Minnesota forward Charlie Coyle. “He keeps on coming up big.”

Dubnyk currently rules the roost in goals-against average, save percentage, is tied for first in shutouts and second in wins.

The Saskatchewan native has also set the franchise standard for longest win streak (10 games) and point streak in a single season (14 games, 12-0-2) and was integral in helping lead Minnesota to a franchise-record 12-game win streak.

The 14th overall selection of Edmonton in 2004 was the recipient of the NHL's 2015 Bill Masterton Memorial Trophy for perseverance, sportsmanship and dedication to hockey, was named to the NHL's Second All-Star Team and finished third in Vezina Trophy voting and fourth in Hart Trophy voting.

At the end of the month, he’ll make his second straight NHL All-Star Game appearance, this time in Los Angeles.

While his teammates are only too happy to help Dubnyk add to his impressive stat line this season, it’s not the goalie that drives the players to see him succeed.

“I think even more importantly than how fantastic he’s been for us is the fact that he’s just a great person and a solid teammate,” noted Coyle. “It’s very easy to play for a guy like him.”

A guy that is utilizing an effective two-pronged approach to achieve remarkable net gains.

“I’m not someone who is superstitious by nature,” said Dubnyk. “For me, it’s more about routine. I like to keep my game simple. There are too many variables every game and you don’t want to overthink situations. I want to be intense when I’m in there, but I look at it as being a mix between simplicity and intensity.”