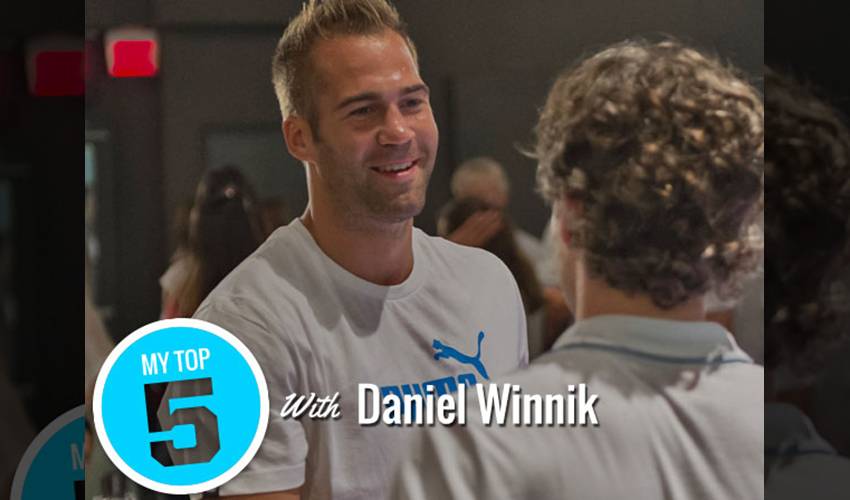 Before some of the best golfers in the world take their best swing at winning the 2017 Masters Golf Tournament – the first of golf’s four major championships – Dan Winnik stepped up to the tee for this round of NHLPA.com’s weekly Top 5 feature.

1. Teeing it up with Tiger

“I’d choose Tiger Woods, if he’s healthy. It’s an obvious choice. He’s the greatest player of my generation and could arguably be the greatest of all time. To be beside him hitting the golf ball would be awesome.”

“I would go with Phil Mickelson as well just because he’s a lefty. I’ve always admired his game, especially his short game.”

“Dustin Johnson. He smashes the ball and he’s always in every tournament. He could be taking over as the next dominant player on tour.”

“I’d like to play with Ernie Els. He’s been around for so long. He might not have won a ton of tournaments, but he’s in everything. It just seems like he’s always in the hunt and he’s had such longevity in the game. I think his take on the game – hearing him talk about golf – would be awesome.”

“I’d pick Sergio. There was so much hype around him for the longest time when he was young – that he was going to be the next big guy. He still hasn’t won a major, but his game has always been impressive and I think he’d be a lot of fun to play with.”

On the strongest part of his golf game: “Probably off the tee. Very consistent with my driver and it usually doesn’t get me into trouble and sets me up for the round. If I’m hitting it well off the tee, then it’s going to be a good round.”

On the one teammate, past or present, he’d like to play a round at Augusta with: “I’d probably have to go with Ed Jovanoski. Ed mentored me when I got in the League and we were best friends. I think he got a round at Augusta for his 1,000th game – I think he still has it – so hopefully, I can still somehow sway him to bring me.”

On which current teammate he’d pick to caddy: “I don’t think any of the guys would want to come and caddy. Maybe Justin Williams, just because it would bother him.”