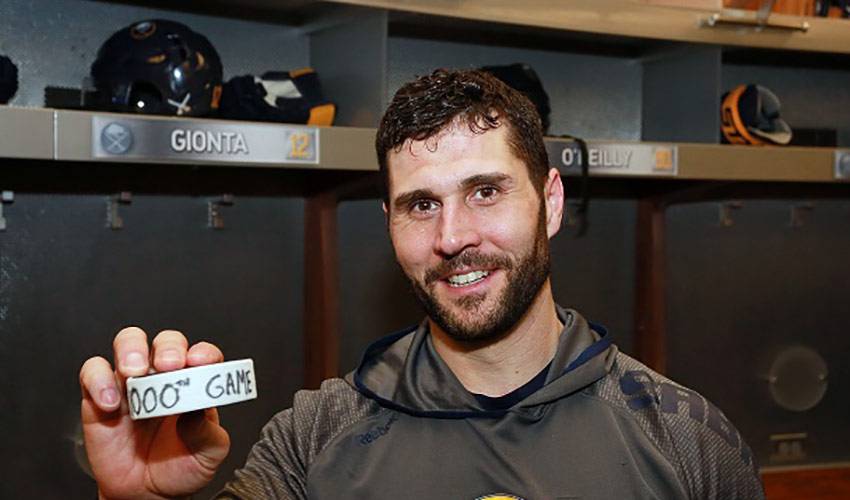 Sam Gionta still can’t quite wrap his mind around how quickly his son Brian's NHL career has gone by. He knew he’d be reminded of it again when the Buffalo captain skated in his 1,000th NHL game on March 27. And he was.

“I can’t believe how fast it all has happened,” said the elder Gionta, on the phone from Brooklyn where he was in town to watch Stephen – his other NHL-playing son – as part of a New York Islanders father-son event. “It seems like yesterday he was just starting out and now he’s reached a big mark in his career.”

In his third season with the Sabres and 14th overall, Gionta became the 312th player and 43rd American to reach the 1,000-game mark.

He celebrated in style after the pre-game festivities and a touching video tribute, by scoring the game-winning goal and earning first star honours in a 4-2 Buffalo home win over Florida. 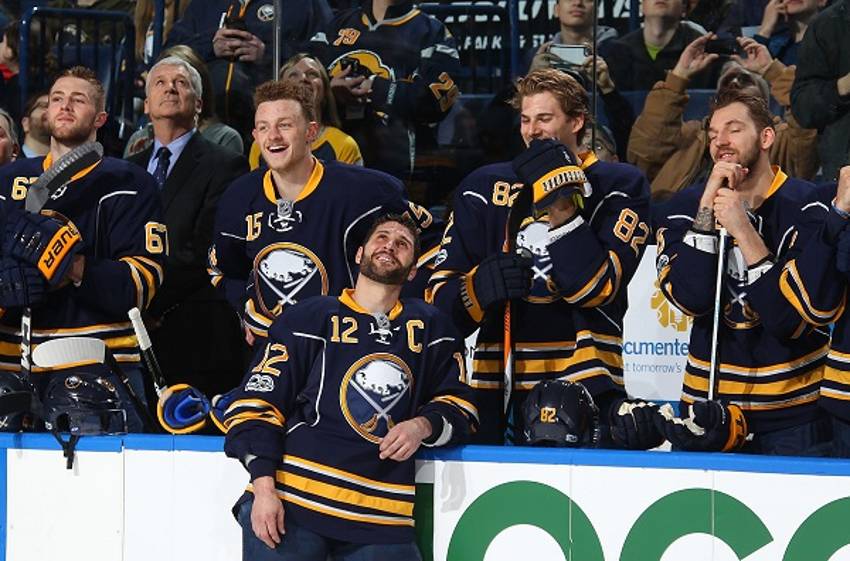 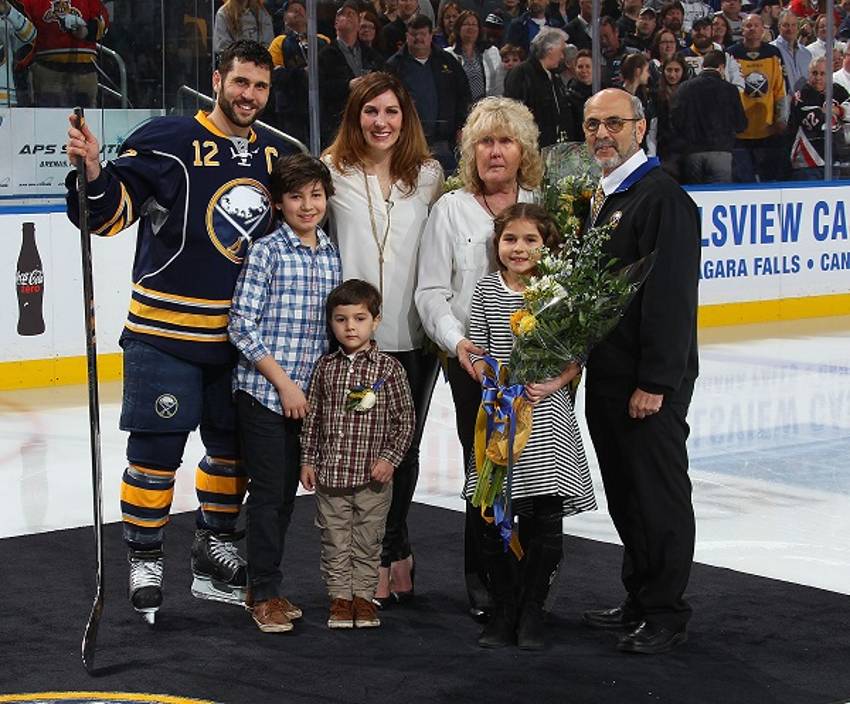 The milestone brought back a wealth of memories for the 38-year-old’s father and Kris Hicks, Gionta’s former junior coach.

Over the years, they’ve watched the Rochester, New York native win a national championship at Boston College, get drafted 89th overall by New Jersey in 1998, celebrate a Stanley Cup with the Devils in 2003, captain the Montreal Canadiens and take on the same role with Buffalo.

Both men speak of one constant throughout Gionta’s hockey life: the jerseys have changed, but the player and person has not.

“I tell everyone that as great a player he is, he’s a better person,” said Hicks, who coached Gionta for two seasons with the Niagara Scenics of the Metro Junior A Hockey League, which operated from 1989-98. “It’s hard to imagine that because he’s so good at what he does. I respect the heart. He was always told he was too small and he wouldn’t go anywhere. I reminded him it was the size of his heart that mattered. And that’s how he played. He never had any negative energy. He just went out and did it.”

Sam and Brian would travel 90 miles each way every day for practices with the Scenics. Sam would drive while Brian would use the time to keep up his grades.

Hicks still marvels at the level of commitment.

“They used to have this black van,” he recalled. “We said it was The A-Team van because it reminded everyone of the one that was in that show. Sam would be at the wheel and Brian would do his homework.”

The hard work on and off the ice paid off with a scholarship to Boston College, where Brian played four seasons, winning a championship as a senior in 2001.

And now, 16 years later, Gionta’s former coach (they still stay in touch and play a round of golf every now and again) and family had the chance to witness another major hockey highlight.

“It seems to have gone by in a flash,” said Sam. “I still remember the days when I owned a couple of hardware stores and the kids (Brian, Stephen and older brother Joe) would come in and help put stuff away and sweep the floors. What they really wanted was to ring the cash register. They loved that. But even when Brian went away to college, when he’d come back home in the summer, he’d come by when the trucks would arrive with the deliveries.”

For those who know Brian best – family, teammate or former coach – being a team player has always just come naturally.