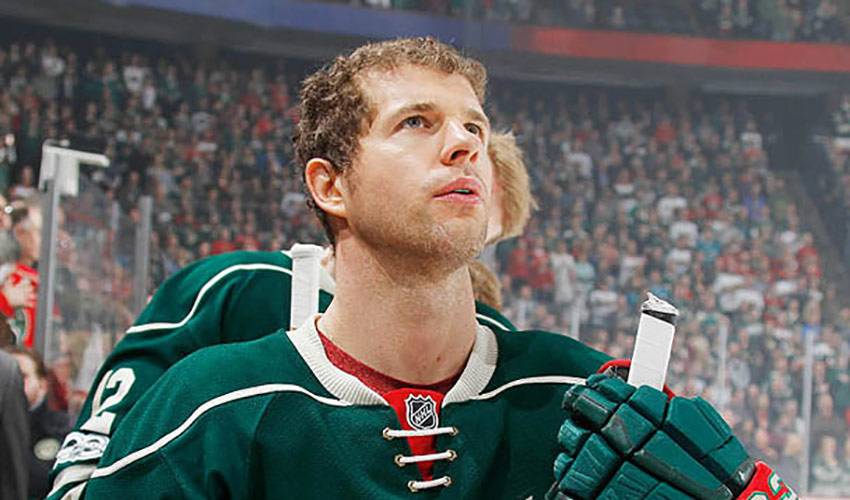 Hailing from Repentigny, Quebec, about a 30-minute drive from the Bell Centre, home to Les Canadiens, Pominville, then a member of the Buffalo Sabres, was understandably excited at the prospect of playing his first game in Montreal.

Some of his teammates wanted to make sure it was an evening he’d remember. The plan started in the dressing room and finished with their efforts showcased during pre-game preparations.

“The first time I played in Montreal, the boys hid my helmet so I had to go out for warm up with no helmet,” recalled Pominville of the game played on December 1, 2005. “They all had a good laugh about it.”

So did Pominville, who had two assists in Buffalo’s 3-2 OT win.

For a young kid looking to find his way at the NHL level, suiting up with the Sabres was ideal, especially considering the number of fellow French-Canadian players on the roster.

It wasn’t all about hiding helmets and good-natured ribbing from his new teammates. Pominville felt right at home.

“Being French-Canadian, I was fortunate to have Daniel Briere, J.P. Dumont and Martin Biron – who are also French-Canadian – on the team. They took me under their wing.

“I was fortunate to have a good group of veteran leaders on the team – Briere, Chris Drury, Dumont and Biron – who really helped me out. The biggest thing for me was to just play my game and not try to overdo things. My early goals were to prove to myself and the staff that I could play at this level and be relied on in every situation.”

He now sits one contest away from 900 for his career. The milestone game comes tonight, a home tilt against the Ottawa Senators.

“I think I’m most proud to have been able for the most part to stay healthy and be pretty consistent on a yearly basis,” said Pominville. “And to now have the opportunity to play in front of my kids and have the chance to share with them what I've been working hard for all these years.”

No word yet if any of his Wild teammates have any special plans in place for his 900th game.

One thing, however, is a certainty: Pominville will be keeping better tabs on his helmet.