Wendel Clark knows a thing or two about what makes the Stanley Cup Playoffs so great. The former Toronto Maple Leafs offered up his Top 5 reasons as to why it’s the most wonderful time of the year for players and fans. 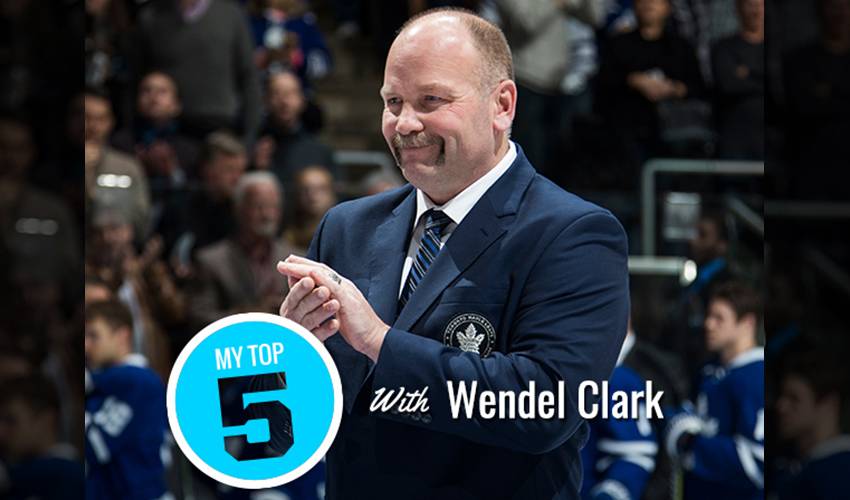 Toronto Maple Leafs legend Wendel Clark knows a thing or two about what makes the Stanley Cup Playoffs so great.

1. Everywhere you want to be

“There’s a renewed excitement for the players. It’s a new season. You play all year to get the chance to be in this position, to play hockey in April, May and June.”

“There’s nothing better than stepping on the ice for the first playoff game. You can feel the energy the moment you do that.”

“There’s a sense of togetherness for the fans when they watch the big game. It’s the meeting point – people rearrange their schedules so they can tune-in to catch the playoff games. Either you’re together watching at home, or meeting at a place, like one of Wendel Clark’s (Classic Grill and Sports Lounge) locations.”

“It’s great for the fans and players to realize that at the start of the playoffs you are one of 16 teams that made it. If you move on, you’re one of eight, then one of four, and so on. It’s such a tough road to get there, so it’s a lot of fun to be one of those teams to have a shot at winning at all.”

“As a fan, an overtime win is the greatest emotion you can feel in a playoff game. You’re cheering on your team, but you’re on pins and needles at the same time. You experience all the emotions at once. But when you win, it’s the ultimate.”