Connor Brown might not get to catch episodes of his favourite television show for a bit. After all, the Toronto Maple Leafs rookie has other priorities these days. 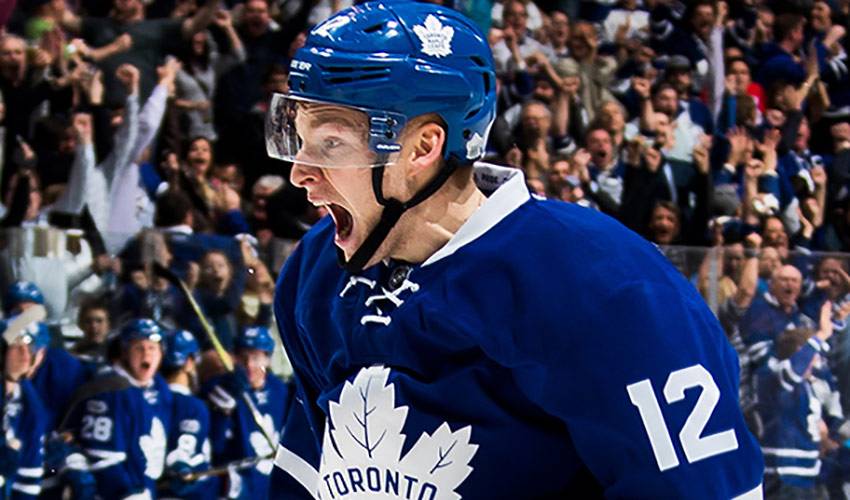 Connor Brown might not get to catch episodes of his favourite television show for a bit. After all, the Toronto Maple Leafs rookie has other priorities these days.

Brown, who scored the game-winning goal in the contest that punched Toronto’s ticket to the Stanley Cup Playoffs, is understandably pumped at the prospect of experiencing his first NHL post-season action.

With his focus strictly on hockey, Brown’s TV remote won’t be seeing as much action as it typically does.

“A lot of the guys on the team play video games, but I’m just no good at them, so I don’t play,” said the 23-year-old native of Etobicoke, ON, about a 15 minute drive from Air Canada Centre. “I’m big into watching sports and golf on TV. You go through a lot of Netflix series. One of my favourites is The Office. It’s a great show.”

Tuning in to catch a few episodes of the critically-acclaimed sitcom, which ran from 2005 to 2013, will be replaced by other TV fare for the time being, namely, keeping tabs on the 2016-17 Stanley Cup Playoffs action.

With the Leafs in the playoffs for the first time since 2012-13, the hockey world, especially Toronto fans, will be the ones watching the right winger who scored 20 goals and recorded 36 points in his first full NHL season.

As the team closed in on a post-season berth, Brown and his teammates got a first-hand sense of just how much it meant to the fans.

“You did see it (fan interaction) a little bit more,” said the former Erie Otters standout. “For me, not maybe as much as some of the other guys. You go out to dinner with Auston (Matthews) and no matter where he goes, he gets recognized.”

Does that mean Brown, who also played alongside Edmonton Oilers megastar Connor McDavid during their Erie days, is tempted to take any responsibility for Matthews’ brilliant rookie NHL campaign?

“Exactly,” he said with a laugh. “Take all the credit. That’s what I did with (Connor) McDavid.”

Brown has undoubtedly shown he can stand out all on his own.

Of his 20 goals, four were game-winning markers. He averaged 16:12 minutes of ice time, spent just 10 minutes in the penalty box, took 139 shots and blocked 46.

And now, Brown gets the coveted chance to play for hockey’s ultimate team prize.

“It’s easy to get up for the big games,” he said. “And we have the whole city behind us. It’s a great time of the year.”