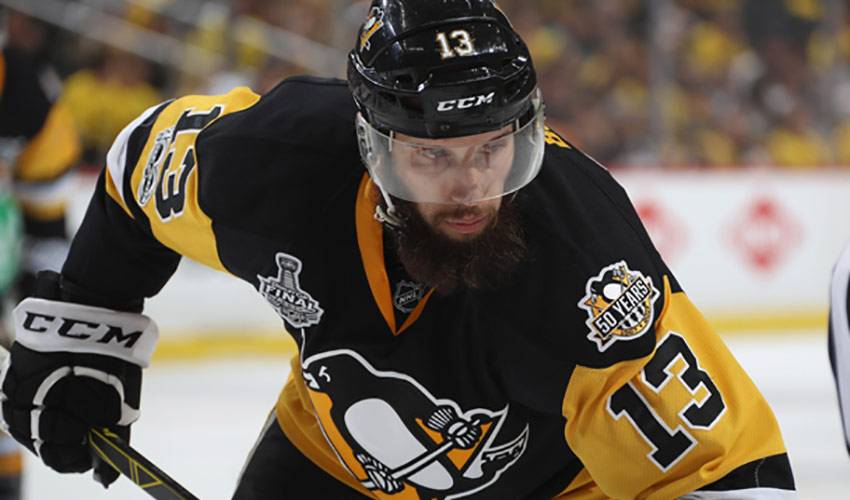 It was a sequence of events that perfectly captured just how valuable the 29-year-old centreman is to the Pittsburgh Penguins.

Down two men in the first period of a scoreless game against Nashville, Bonino put his body in front of a laser shot off the stick of defenceman P.K. Subban, a blast that dropped the forward to the ice.

Penguins' Nick Bonino could barely stand up after blocking a massive blast from P.K. Subban.#StanleyCup

Somehow, a hobbled Bonino willed himself to his feet and then got into position to stand in front of another possible shot from Subban, who opted to pass the the puck to teammate Roman Josi. When Subban got the puck back on his stick, there was Bonino again, ready to take another one for the team.

Thankfully, he didn’t have to. A Nashville penalty put an end to the action.

Pittsburgh would go on to a 4-1 win and a 2-0 series lead. Bonino’s contributions to the victory certainly didn’t go unnoticed.

“I know that he's an inspiring guy for our team,” said Penguins bench boss Mike Sullivan, “He plays his best when the stakes are high. He's a great shot-blocker.”

But, Bonino is more than just a guy who sports multi-coloured bruises after each game.

In Game 1 of the Cup Final, the Connecticut native tallied twice in a 5-3 Pittsburgh triumph, including an empty net goal to seal the win. He also earned first star honours.

Outshot 26-12, the Penguins somehow found a way to take the opener.

“Times like that you got to just keep playing hard, just stay focused,” said Bonino.

On Wednesday night, he did the same, albeit in a much different – and much more painful – manner.

“It's special,” said Pittsburgh forward Jake Guentzel. “I mean, he's a special player. He lays his body on the line for the team. Whenever you see that, it definitely gets you going. Obviously he's a warrior.”

Bonino, after being helped to the bench by his teammates in the first period, returned to the game and finished the evening 11-7 in the faceoff circle.

His line for the night: 16:06 of ice time, 25 shifts, two shots on goal, two takeaways and one blocked shot.

“He's a brave kid,” praised Sullivan. “When he comes back, you know, on the bench, I know it gives our whole bench a boost.”

For Bonino, it was simply doing what he does every game, something he noted in an interview with NHLPA.com a few years ago.

“Whatever I can do to help the team win, I will.”