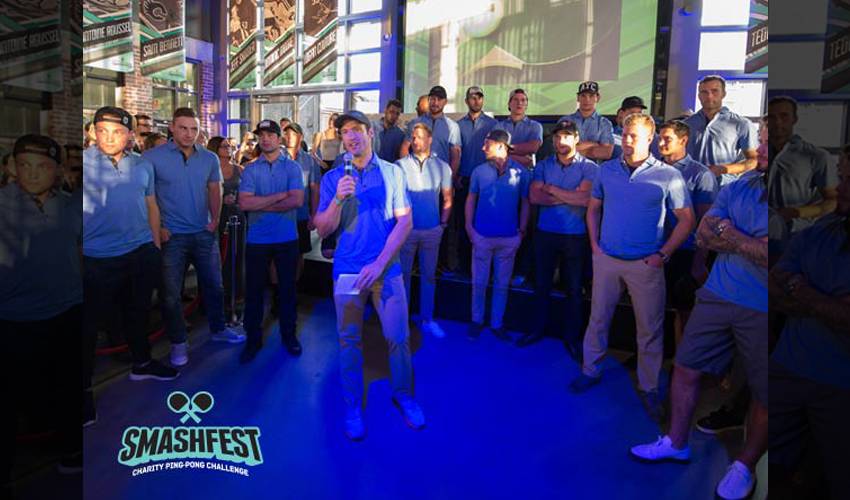 Passes for the 2017 edition of Smashfest® are on sale to the public at Smashfest.ca.

To date, Smashfest® has raised over $500,000 in support of concussion and rare cancer research. In the first five years, over 70 professional athletes have participated in the event, including Alex Burrows, Logan Couture, Patrick Eaves, Phil Kessel, Eric Lindros, Mitch Marner, Jeff Skinner, Martin St. Louis and Steven Stamkos. More than 20 current and former NHL players are expected to attend this year’s event.

Fans attending Smashfest® will have the unique opportunity in a fun atmosphere to square off at the ping-pong table with and against NHL players; meet and interact with some of their favourite hockey players, among other celebrities; and bid on exceptional auction items and prizes while garnering support for two important causes.