Brendan Gallagher, happy to get into the swing of things well before the NHL season gets started, has found the perfect balance for the NHL off-season: training, tee shots, tracking fly balls and time with family. 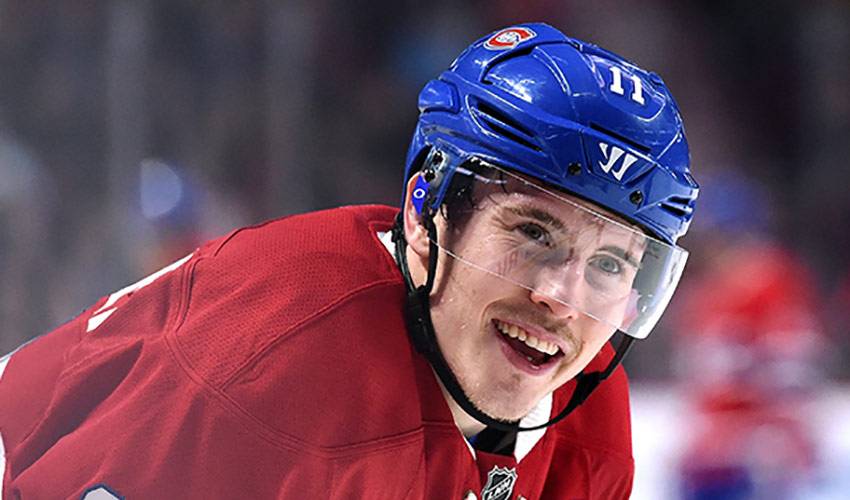 On this day, the Montreal Canadiens right-winger has just finished a morning training session and is off to an afternoon hockey reunion. He’ll call it a day after spending time with family.

A former standout with the Vancouver Giants – he played four seasons (2008-2012) with the Western Hockey League – Gallagher had the opportunity to help the organization celebrate a special anniversary.

“It’s always to cool to catch up with these guys,” said the two-time Western Hockey League First Team All-Star, who recorded a pair 100-point campaigns with the Giants. “They are having their 10-year anniversary of when they won the Memorial Cup – I wasn’t on that team – but I know they’re all excited to get together and do some golfing and hang out. It’s good to get the chance to see some people who helped build that Vancouver Giants tradition.”

Gallagher will also get the chance to work on his golf game throughout the summer. He’s eager to shave some stroke off his game before training camp begins.

When he’s not on the links, you’ll find the 147th overall pick of the Habs in 2010 on the diamond, chasing down line drives and driving in runs.

“I’m playing some slo-pitch,” offered Gallagher. “I’m not on a team, but I’m a spare on a few teams. On weekends, it’s great to get the chance to swing the bat a little. I loved playing baseball growing up, so it’s fun to have that opportunity, too.”

As for where he’s more proficient, in the field or at the plate, Gallagher says it depends on the day.

“I love to hit and do it all, but when I actually played baseball, I was more of a hitter than a fielder,” he admitted. “But I love playing slo-pitch. You get a lot of action out there, so you have to be ready all the time. No errors yet. I only played a couple of games. I’m looking to keep it going.”

That would make his mom, Della, very proud, considering her sports background.

“My mom was a shortstop and a catcher when she played, and that’s what I was too, when I was growing up,” said Gallagher. “My dad was really involved in my hockey as was my mom, but for her watching me play baseball, which was her sport, I think she got a big kick out of it.”

Which Gallagher is the biggest hit on the diamond?

“My little sister played softball and I played baseball,” he noted. “Obviously, I’m going to say myself. I never got to see my mom play, but I’m sure she was as competitive as the rest of us are.”

While there’s no doubt fun and games are on tap over the summer, the alternate captain acknowledged he still thinks about Montreal’s first-round playoff exit at the hands of Original Six rival, the New York Rangers.

It’s those thoughts that help motivate the 25-year-old during training.

“Usually, I take a few days to think about it (how the season ended),” said Gallagher. “I go over the series and things you could have done better or changed. You just try to move on and prepare for what’s ahead. I don’t think you ever let it go. Every season, you remember that last game and the feeling that you had. I don’t think you lose it. But, I think you have to try to look ahead and realize where you want to be.

“It’s kind of funny how that stuff creeps into your mind. You are relaxed and doing workouts with the other guys, but there are times when you start thinking of that. It’s a little bit tougher and you have to be mentally strong to get through that. And to get through it, I think you look back to the playoff exits and it motivates you to push a little harder.”

Which is why Brendan Gallagher is happy to get into the swing of things well before the NHL season gets started.