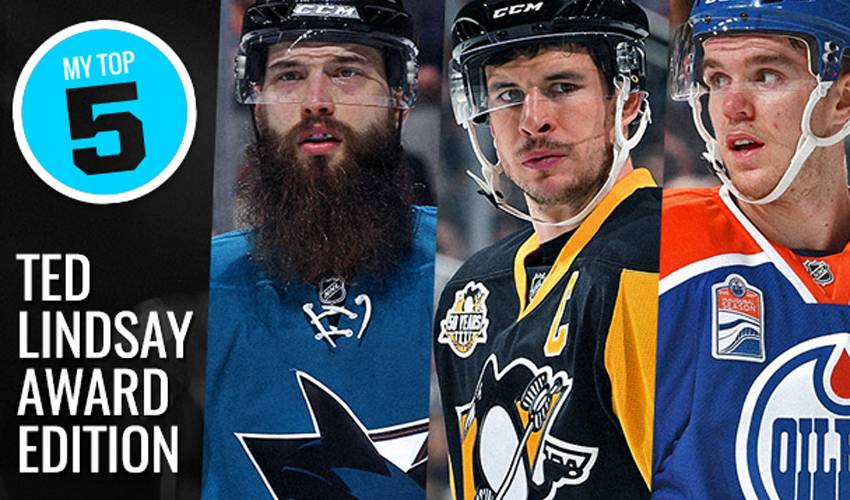 The Ted Lindsay Award is unique as the only award voted on by the players themselves, carrying on the tradition established by the Lester B. Pearson Award in the 1970-71 season. The Award honours its namesake, Ted Lindsay, an All-Star forward known for his skill, tenacity, leadership, and his role in establishing the original Players’ Association.

So, will it be No. 87, No. 88 or No. 97 that receives this year’s Ted Lindsay Award? Before the winner is revealed on June 21, check out some of the big-time numbers posted by this trio of NHL talents.

2017 Ted Lindsay Award, By The Numbers

The number of combined shots registered by Burns (320, ranked first in the league), Crosby (255, ranked fourteenth) and McDavid (251, ranked tied for sixteenth).

Burns is the first defenceman to be voted a finalist in 17 years (Chris Pronger, 2000). If he were selected, Burns would become just the second blueliner (Bobby Orr, 1975) to receive the Ted Lindsay honour.

The number of Ted Lindsay recipients Pittsburgh and Edmonton (combined) has produced since the award came into existence in 1971.