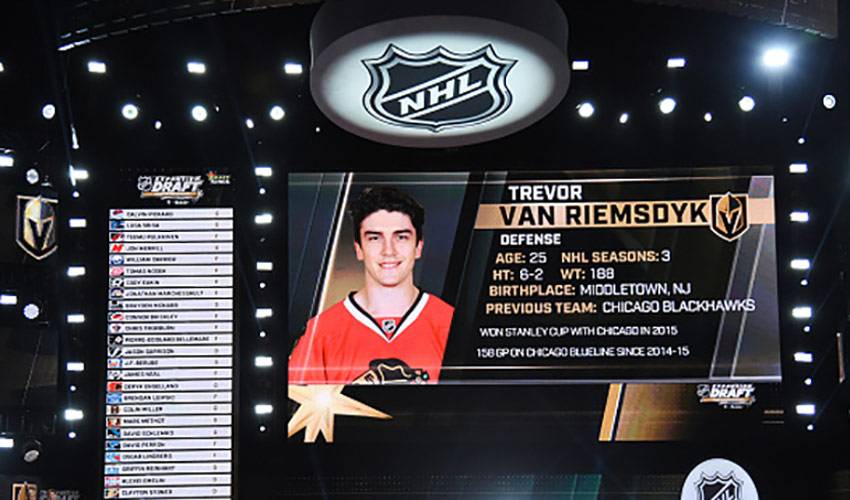 A Stanley Cup winner with Chicago in 2015, Trevor van Riemsdyk will now bring his talents to Carolina, helping to bolster the Hurricanes blue line corps.

“I was always a pretty big fan and then to go see him live, to see how he does every song by himself – he’s like a one-man band up there. It was really impressive. He has great music and the lyrics are always top notch.”

“He’s on my list pretty much for the same reasons as Ed Sheeran. My brothers and I try to get to a Mayer concert at least once a summer. He’s definitely someone I enjoy listening to. We’re all on the same page with him.”

“I’ve been to see him once a few years ago. He’s obviously come out with hit after hit after hit. I think it’s pretty easy to see why he’s one of my favourites.”

“I actually saw her in concert with Ed Sheeran and that was probably one of the better concerts I’ve been to. That was a lot of fun. She has a lot of great songs.”

“I’ve seen them once in a small venue when I was staying with my brother. One of his buddies is a big music guy and knows how to find all the good live shows. They’ve got some great songs and they’re one of my go to’s to listen to in the summer.”

5. THE VAN RIEMSDYK BROTHER LIKELIEST TO HOLD THEIR OWN ON STAGE IS…

“Wow. I don’t think any of us could. Maybe the youngest brother (Brendan). I know it wouldn’t be James or myself. Neither one of us would do anything good up there. Brendan, I think he could hold his own.”