Tkachuk: It’s one of those events that shows you the big picture

He’s one of hockey’s most intense players, but don’t expect the quite the same competitive display from Matthew Tkachuk when he serves up his best shot at the Smashfest Charity Ping-Pong Challenge. 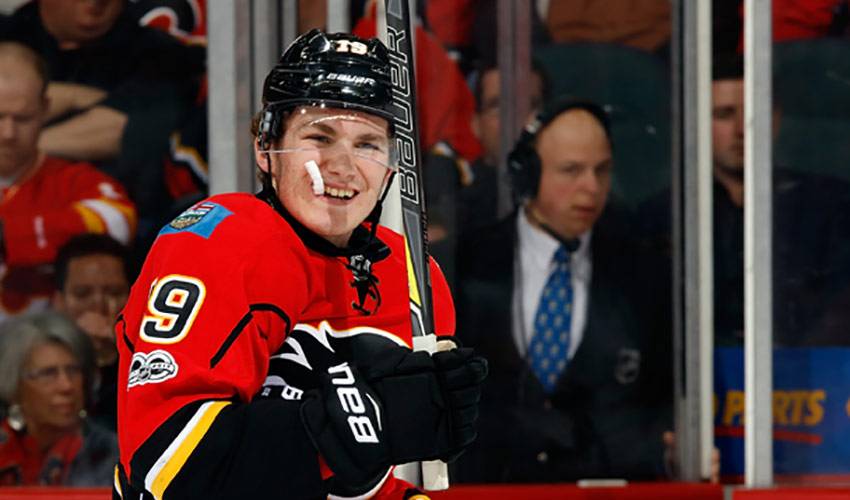 He’s one of hockey’s most intense players, but don’t expect quite the same competitive display from Matthew Tkachuk when he serves up his best shot at the Smashfest Charity Ping-Pong Challenge.

“The summer is pretty good,” started the 19-year-old Calgary Flames forward. “It’s a little bit longer than I would like it to be, getting knocked out early. But, I’m making the most out of it. I’m having some fun, doing some tough training, but also taking some time to relax, getting a chance to hang out with family and friends.”

Coming off an impressive rookie campaign that yielded 13 goals and 48 points, Tkachuk will be one of several NHL players taking part in Smashfest, the annual fan-inspired ping-pong event headed by Dominic Moore that takes place on July 20 in Toronto.

The sixth overall pick in 2016 won’t be engaging in any trash talk that evening.

“It’s going to be a great time,” said Tkachuk, who had a pair of game-winning tallies in 2016-17. “I know a couple of guys that are going, but it will also be nice to meet some other NHLers that night. It’s a great event and it’s raising money for good causes (cancer and concussion research)."

"It’s one of those events that shows you the big picture of the game you play – the NHL player community and the brotherhood. You battle against each other throughout the year and in the playoffs, but on that night, you’re all part of the same thing.”

Soon enough, Tkachuk will flip the switch and set his sights on the upcoming NHL season, one that begins for Calgary with a road game against Edmonton on October 4.

He’ll have new teammates in the fold this season, including goaltender Mike Smith and defenceman Travis Hamonic, both acquired in June trades.

One bonus to having Smith between the pipes? Less bruises on the back of the legs.

“I’ve had a couple texts (with new Flames players) here and there,” noted Tkachuk. “I train with Mike. Seeing him every day – he’s really excited – it’s good to see that. He’s a great goalie and I’m definitely happy that he’s a teammate now. I seem to recall getting my fair share of whacks from him, too. Hopefully, I won’t get any in practice, but we’ll have to see.”

Getting another shot at the Stanley Cup, however, remains front and centre for Tkachuk, who admitted the Flames first-round playoff sweep at the hands of the Anaheim Ducks still stings.

“Hopefully, we are in it for the long run next year,” said the son of former NHLer Keith Tkachuk. “I’m a pretty fierce competitor and it didn’t sit well with me, the short run we had. To this day, I still think about it. Up until my next shot at NHL playoffs, it will probably always be in my head.”

No need to ask if he’s up for the challenge.

“What excites me the most is that it’s another year and another opportunity,” said Tkachuk, who is working with skating coach Dawn Braid over the summer. “Last year was my first training camp and I was new to everything. This time, you know what you have to do, how you have to prepare. This year, you have to try and do something special. I’m looking forward to the new year and the new challenges that come with it.”