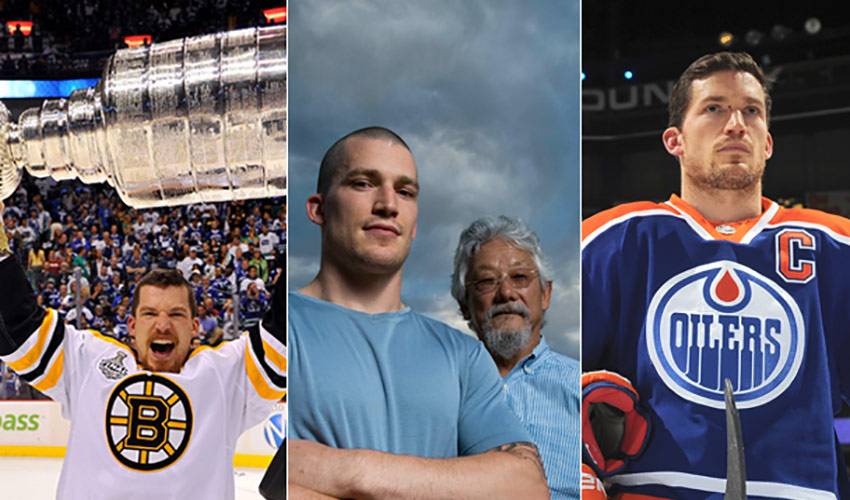 The 5’11”, 184-pound blueliner spent time with four NHL teams (Pittsburgh, Calgary, Boston and Edmonton) over his 16 year career, after being selected by the Pittsburgh Penguins in the 8th round, 208th overall in the 1997 NHL Entry Draft.

Andrew said, "As I graduate from my time of playing in the NHL, I realize I have the problem of being unable to properly thank the hundreds of people who have helped me achieve my goal of playing in the best league in the world. No one gets here on their own, especially average sized guys with average skills. If you think you deserve a thank you from me, you probably do…Thanks!"

"My girls, Ava and Stella, and my wife, Krista, however do deserve a proper thanks and my infinite gratitude. They tended my broken bones and bruised ego more times than I can count and gave me unending love and support even when I missed a Christmas concert for a road trip."

"My parents and sister didn’t teach me a lick about skating or shooting but they did teach me a ton about life off of the ice. Because of their lessons, I leave the game having a lot of pride in what I accomplished away from the rink in the great communities where I played."

"Lastly, thank you to Pittsburgh, Calgary, České Budějovice, Boston and Edmonton. Your love of our sport provided me with an incredible stage to play on and your cities will always feel like home to me. Hockey fans really are amazing!"

The Sherwood Park, Alberta native played his junior hockey with the Western Hockey League’s Portland Winterhawks, registering 184 points in 258 career games. He led the Winterhawks to a Memorial Cup championship in 1998.

Andrew currently resides in Edmonton with his wife Krista and daughters Ava and Stella and continues to make significant contributions to the City of Edmonton.