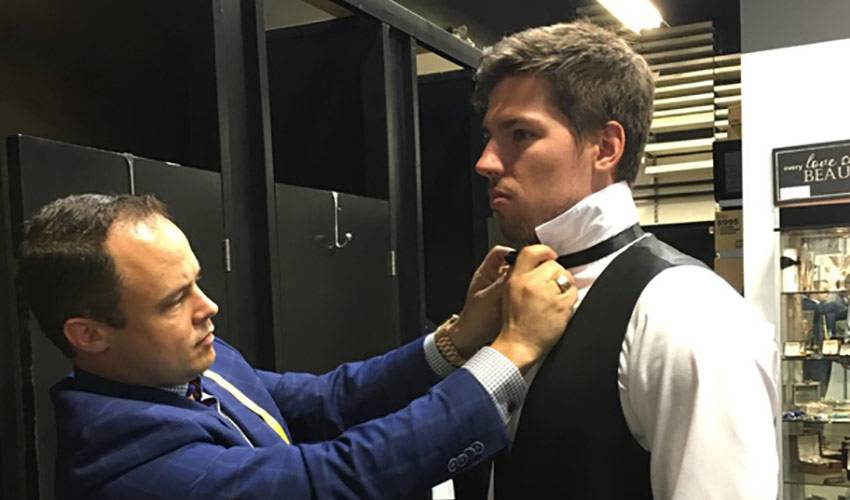 For Logan Couture, the opportunity was a perfect fit.

The idea came to Couture when he was playing for Team Canada in the World Cup of Hockey tournament last year.

“Basically, it started last summer,” said Couture, who grew up close to London. “(Hall of Fame inductee) Eric Lindros has been a doing a lot for London, for UWO, and I went to his event, See The Line. Eric’s a great guy and the idea is a great one.

“The more that we can do for concussion research, the better. And they are doing a great job at UWO. My manager talked about possibly taking over and running something. We ran with that and my manager put it all together. I really liked the ideas and it’s gone really well so far. Any way we can help, I’m happy to do it.”

He’ll also get the opportunity to catch up with many of the people he’s met through this initiative.

“I’ve talked to some of the doctors and they are going to be at the event,” said Couture, who suffered two concussions during his Ontario Hockey League days with the Ottawa 67’s. “I’ve had the chance to talk to them quite a bit over the past couple of months and they are thrilled to have some more money to put into research.”

Couture, who has played in 504 regular season NHL games, is hoping the event and continuing research will help as many people as possible, including children who have had to contend with concussions.

“It’s not even at the pro level – it’s more geared towards kids,” said Couture, of All-in for Brain Research. “You hear stories about kids getting injured, coming back too early, then getting injured again and it has a huge effect on their lives. That’s something I want to help with, that these kids don’t have to go through that.

“I’m excited about the event. There has been a lot of hard work put into it by a lot of people. There’s a large committee that’s put in a lot of time and effort, along with sponsors who have donated a lot of money. I’m just thrilled to be able to raise some money and awareness.”

So, too, are many others.

“We would like to sincerely thank Logan and the All-In-For Brain Research committee for selecting the Fowler Kennedy Sport Medicine Clinic as one of the recipients of the proceeds from this year’s event,” said Dr. Robert Litchfield, medical director for the Fowler Kennedy Sport Medicine Clinic. “With over 4,000 concussed patient visits expected this year at the clinic, the monies raised will allow us to expand our treatment, rehabilitation and research activities. We are incredibly grateful for this support.”

“Logan's support of concussion research is meaningful in a number of ways; the financial contribution will directly impact an ongoing research project at Schulich Medicine & Dentistry which is answering critical questions about concussions, and the awareness that will result from his event will only help to continue the public discourse on the long-term effects of brain injury.”

For more on the event, including ticket information, visit http://www.couture39.com.