Sullivan: Jake Guentzel's got that 'I-T' 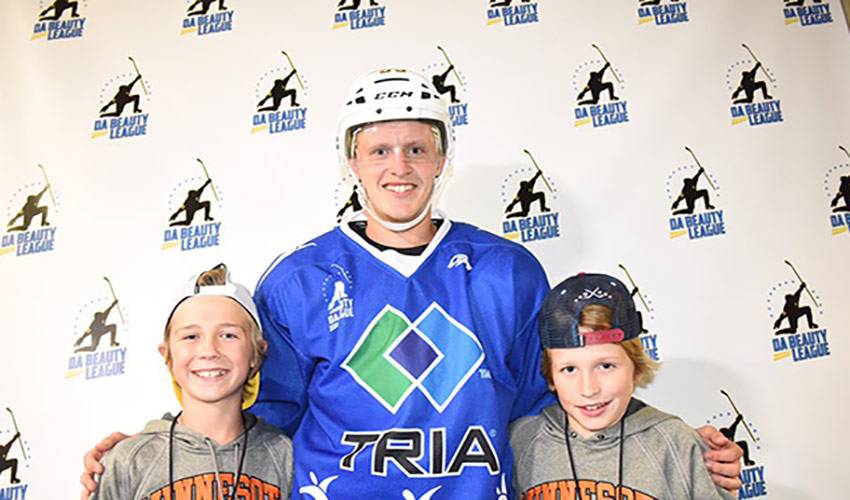 The 22-year-old Nebraska-born native definitely made his mark playing in Da Beauty League this offseason, the Minnesota-based hockey event that attracts several NHL players each summer.

“It's cool to see the talent that comes to Minnesota in the summer and be able to play with guys you play against all year,” said the 77th overall pick of the Pittsburgh Penguins in 2013.

Facing Guentzel, be it in a summer league or on NHL ice, is no easy task.

After a 2016-17 rookie regular season that yielded 16 goals and 33 points, the former United States Hockey League rookie of the year turned it up a notch in the Stanley Cup Playoffs.

In 25 post-season games, Guentzel led all scorers with 13 goals, one off Dino Ciccarelli’s rookie record, and recorded 21 points, tying Ciccarelli and Villo Leino for most playoff points by a rookie.

Guentzel, who scored the winning goal in Games 1 and 2 of the Stanley Cup Final, capped off his stellar campaign by hoisting the game's top prize after the Penguins bested Nashville in six games.

“We knew early on that he was a real good player,” said Pittsburgh head coach Mike Sullivan. He has – we talk a lot as a coaching staff about players that have it, that I-T. It's hard to explain in words what that "it" is, but you know it when you see it, and I think Jake is one of those guys. He's got that IT. No stage is too big. He's a real competitive kid. He's got a high hockey IQ. You can see the impact that he had throughout the course of this Playoffs. I think that's an indication of what he's capable of, and I believe that he's only going to get better.”

Aaron Morem, media relations director for Da Beauty League, was impressed by how Guentzel performed on the ice, but even more so for how he conducted himself off the ice.

“Jake has been great with the kids,” Morem recently told NHLPA.com. “I think the players want all the fans that come out to have fun and enjoy the games, especially the little kids that dream of being hockey players in the NHL. They want them to have a nice time.”

Guentzel no doubt did.

“The fan base is incredible and to see how excited the kids get every time is special and a good experience to interact with kids and families.”

After a beauty of a season in Da Beauty League, Guentzel will look to carry over that form into his second NHL campaign.

The Penguins know precisely what they have as they ready for their pursuit of a championship three-peat.

“I just think Jake is a really good hockey player,” said Sullivan. “He's got great hockey sense. He's a competitive guy. I think he has a quiet confidence about him. He knows he's a good player. He knows that he can help this team win.”