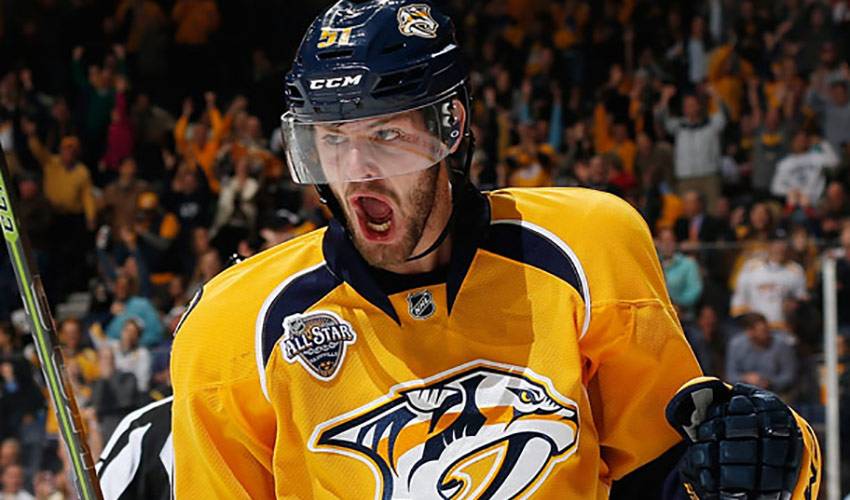 If his impressive performance in the Stanley Cup Playoffs – nine points, 106 hits, and 26 blocked shots in 22 games – is any indication of how Nashville’s crash-and-bang left winger will fare in 2017-18, then it could be another hit campaign for Watson in Music City.

The 25-year-old is focused on using the same personal game plan that helped propel an upstart Nashville squad to the Stanley Cup Final where they would lose in six games to the Pittsburgh Penguins.

“What I learned about myself most as a player this year was that I'm a better player when I play to affect the game in a positive way rather than try not to make mistakes,” said Watson. “Mistakes are part of the game and as a young player trying to find my way in the NHL, I tried to make as little of them as possible.”

Looking back, the Michigan native realizes it wasn’t the ideal outlook.

“While I may not have thought I played poorly, I didn't do anything to stand out or contribute to our team success, and often I was on the outside looking in,” noted Watson.

After a 17-point, 143-hit regular season, one that saw him average 12:26 of ice time, Watson averaged 13:40 in the playoffs. He netted his first NHL post-season goal and was a consistent sparkplug for the Predators throughout their playoff run.

Before he picks up where he left off, Watson enjoyed a laid-back early part of the summer, including a mini-vacation to the Sunshine State.

“The most memorable non-hockey related thing I did this summer was spend a few days in Miami in August,” he noted. “I stay in Nashville during the summer for the most part, so it was nice to just take a short flight down to Florida, play a little golf and just relax and reset before getting ready for training camp.”

Now, Watson’s focus is all about hockey and in helping the Predators go one further in the team’s pursuit of its first Stanley Cup championship.

Nashville opens its 2017-18 regular season in Boston on October 5. Two nights later, they face off against Pittsburgh in a Cup rematch.

Expect to see the same positive-thinking player who made his mark in a big way in 2016-17.

“When I learned to try to affect the game in a positive way as much as I could rather than be afraid to screw up, my play got better and I found myself being counted on to help our team win games.”