Bogosian Steps Up To Help Houston

When Zach Bogosian went on Twitter and saw the devastation Houston suffered after Hurricane Harvey struck in late August, he felt compelled to do something to help. And that’s just what he did. 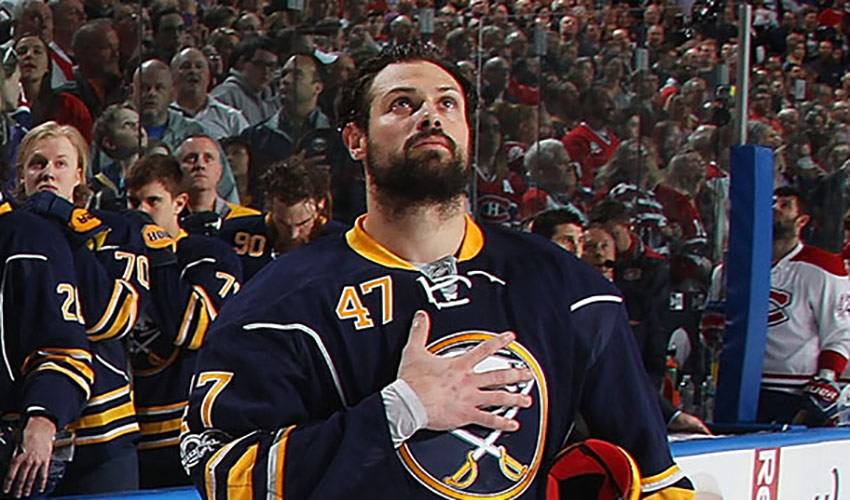 When Zach Bogosian went on Twitter and saw the devastation Houston suffered after Hurricane Harvey struck in late August, he felt compelled to do something to help. And that’s just what he did.

As he scanned Twitter and saw the posts – words, pictures and video – detailing the destruction left behind by a hurricane that produced winds up to 132 miles per hour, the Buffalo Sabres defenceman was moved by what he read and saw.

“Being on social media and seeing how devastating it is for everyone, it really gets to you,” said Bogosian. “When I see situations like that, I try to put myself in their shoes and think about how difficult it would be if that ever happened to me or my family. I’m sitting in the comfort of my own home and there are so many people suffering. I just wanted to do something, so I started the campaign. I figured it was the least I could do.”

Bogosian turned to his Bogo Bunch Foundation, a nonprofit charity started by himself and his wife Bianca that helps families affected by cancer, to offer assistance to the people of Houston.

"The money raised will go directly to the Houston Food Bank and will be used to provide food, water and supplies to children, families and seniors in the Houston area who have been affected by the storm," he wrote on the GoFundMe page dedicated to the initiative.

“I can’t even imagine packing up in the middle of the storm with my wife and 16-month-old daughter,” said Bogosian. “It’s frightening to think of what so many people have been through and what they are still going through.”

The 27-year-old, who has played 534 regular season NHL games, has received support from fellow NHLPA members, including past teammates.

“I’ve seen teammates that I haven’t played with in years come up on my feed and they’ve donated money,” offered Bogosian. “I think that’s awesome. I’m sure some of the guys have done it anonymously as well. That’s the hockey world. It just doesn’t surprise me. I think most hockey players – we aren’t looking for the attention or the accolades – they just want to help people. It just goes to show you how great the sport of hockey is as far as the people who are in it.”

Launched in 2015, Bogo Bunch will continue to help those who are directly or indirectly affected by cancer.

“I have a few things in mind for this year, things that are in the works, but I still have to make a few decisions about,” said Bogosian. “I think it’s going to be a big year for us. The foundation is growing, especially in Buffalo. I’ve also talked to people outside the city who are hearing about it and they’re interested in wanting to help out.

“A lot of people understand that even a small donation can go a long way in making a difference,” he continued. “This year will be a good year. I’m really excited about what’s ahead.”