From Harvard to hockey, Killorn a man of many talents 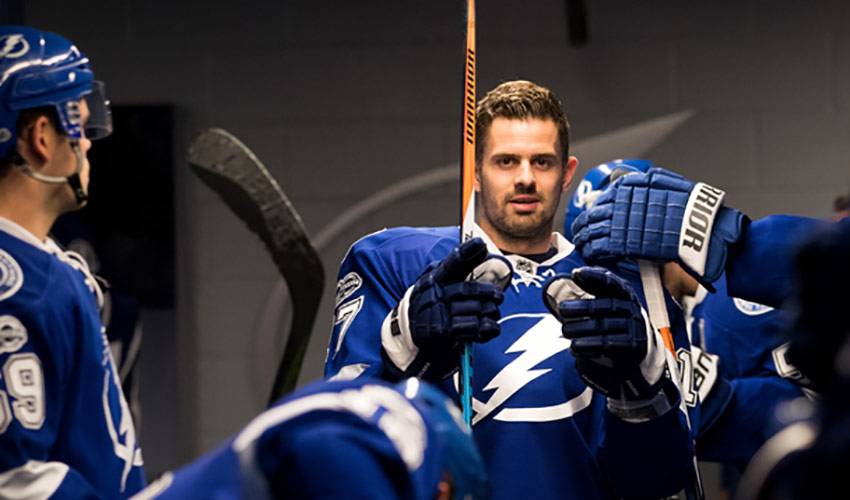 After playing midget hockey for the Lac St. Louis Lions in 2005-06, Killorn, who grew up in Beaconsfield, Quebec, spent two years at Deerfield Academy, an independent, coeducational boarding and day school in Massachusetts.

On the ice, he captained Deerfield’s hockey team as a senior. On the greens, Killorn helped the school team go undefeated, also in his senior year.

“I was a better hockey player than golfer when I was young,” said the centreman, who recorded 87 points, including 46 goals, in 49 career hockey games with Deerfield. “And I never thought of golf as a career when I was younger. Golf was just fun.”

There was no doubt Killorn, whose childhood idols were Joe Sakic and Pavel Bure, was a genuine hockey talent.

Taken in the third round, 77th overall, by the Lightning in the 2007 NHL Entry Draft during the summer of his senior year at Deerfield, Killorn played collegiate hockey with Harvard.

It's easy to see why @TBLightning star, Alex Killorn, is one of our favorites! Did you know he's also a Harvard grad? @Akillorn19 pic.twitter.com/TduXcKIA9Y

He spent four seasons with the Crimson while earning a degree in government.

Killorn, who had eight career game-winning tallies at Harvard, became Harvard's first 100-point scorer (109) since Tom Cavanagh 2005 and the first 50-goal scorer (53) since Tim Pettit achieved the feat in 2004.

Killorn is looking to play his part in helping the Lightning return to the playoff scene after the Atlantic Division club failed to make the cut last season.

With Tampa Bay’s regular season set to start on October 6 against state rival Florida, any thought of indulging in his favourite hobby outside of hockey has been put on ice for now.

“I enjoy golf a lot,” said Killorn. “I always have. The most memorable round I’ve had was when I played Pebble Beach (California).”

Which PGA player would he choose to play 18 holes with?

“I’d go with Kevin Kisner,” said Killorn, of the South Carolina native who has two PGA Tour wins, including one this May. “He seems like a really good guy who likes to have fun.”