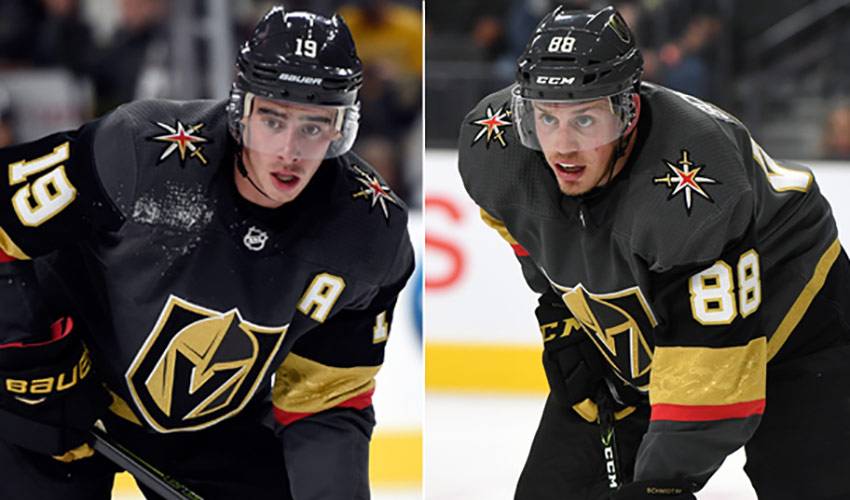 While they’re not promising a Stanley Cup parade in 2018, 26-year-old forward Smith and 26-year-old defenceman Schmidt are offering up optimistic outlooks as the puck gets ready to drop on the Golden Knights inaugural NHL season.

“I would say to our fans, strap yourselves in and get ready for a heckuva ride,” Schmidt told NHLPA.com. “This only happens once for you and for us. So let's enjoy this new endeavor together and build the best franchise in the NHL.”

It all starts in Dallas on October 6 for the expansion club who takes up residence in the Western Conference’s Pacific Division.

For Smith, a two-time 20-goal scorer who was dealt from Florida to Vegas on June 21, the players on the Golden Knights are well aware of what’s required to ice a competitive team in 2017-18.

His message to fans: “I think the identity of this team will be hard working, stingy and tough to play against. I think that style of hockey will give us the best opportunity for success.”

After their opener in Texas, the Golden Knights will head to Arizona to face off against the Coyotes before the two teams meet up again on October 10 in the home opener for Vegas.

Schmidt, who was nabbed from Washington in the Expansion Draft on June 21, is full of praise for his new teammates, a group that has worked hard to get to know another ahead of their first regular season game.

It’s been the little things, team-wise, noted Smith, that has helped galvanize the team.

“There isn't much time to bond as a team during a quick, competitive camp,” offered the Ontario-born right winger. “So, dinners, fantasy football, golfing, team/family BBQs – it all goes a long way to start building relationships away from the rink.”

And hopefully, for Golden Knights players and their supporters, it all adds up to a memorable first NHL campaign.

“We are building our own foundation here in Vegas, and our own culture from the bottom up, which is a unique and fun situation to be in,” said Schmidt.