The Detroit Red Wings have re-signed Dylan Larkin to a $30.5 million, five-year contract. 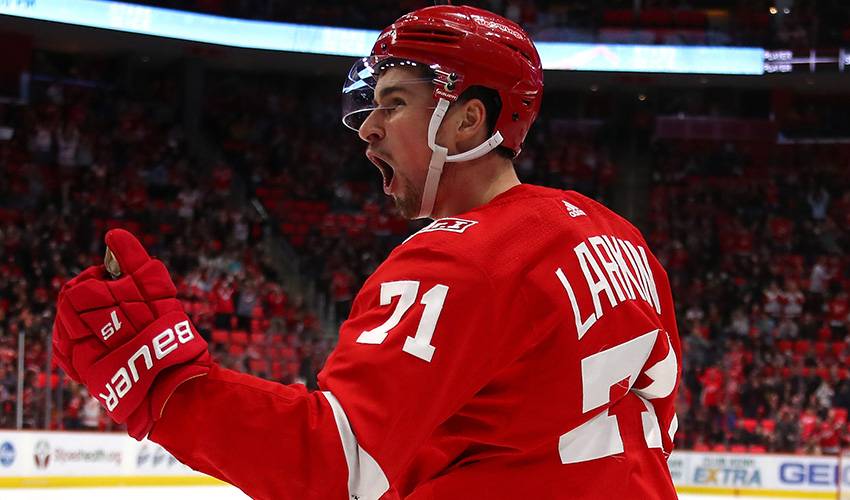 The Detroit Red Wings have re-signed Dylan Larkin to a $30.5 million, five-year contract.

The team announced the deal with the 22-year-old on Friday. Larkin was a restricted free agent.

He led the team with a career-high 63 points and was third with 16 goals last season. He has 56 goals and 140 points over three seasons, playing in at least 80 games each year.

Detroit drafted the Waterford, Michigan, native and former Wolverine with the No. 15 pick overall in 2014. He scored a career-high 23 goals and was an All-Star as a rookie.

Larkin played for Team North America during the 2016 World Cup and has played for the U.S. in four world championships.