The Vegas Golden Knights fired coach Peter DeBoer in the aftermath of missing the playoffs for the first time in their franchise history. 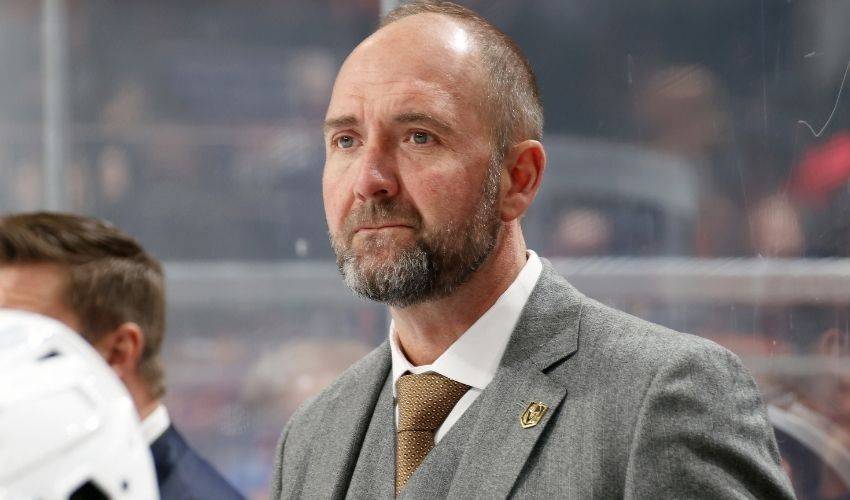 LAS VEGAS (AP) — The Vegas Golden Knights fired coach Peter DeBoer on Monday in the aftermath of missing the playoffs for the first time in their five-year franchise history.

General manager Kelly McCrimmon made the announcement and thanked DeBoer for his work with the organization, but also said the team was looking for a fresh voice roughly four months before training camp opens.

“I really felt as the season wound down you can feel the fatigue that had gathered over time,” McCrimmon said. “We’ve got a 4 1/2-month offseason, which is going to be extremely important for our group. We missed the playoffs, which is humbling for a team no matter what the reasons were for how that happened. And I think what it’s gonna give us is an opportunity in the fall to be incredibly rested, rehabbed, recharged, excited. When we went through it, I felt that we could enhance that by having a new voice leading our team into next season."

Vegas failed to qualify for the playoffs after a barrage of injuries compounded by salary cap problems wreaked havoc on the lineup, most notably in goal. The Golden Knights at one point were first in the Pacific Division but after 82 games found themselves three points back of the final wild-card spot in the Western Conference despite acquiring center Jack Eichel in a trade with Buffalo and other moves along the way designed to make them a perennial championship contender.

The organization having a short leash on coaches is nothing new. DeBoer coached the Golden Knights for 2 1/2 seasons after being named in January 2020 to replace Gerard Gallant, who guided the team to the Stanley Cup Final in their inaugural season in 2017-18 and back to the playoffs in 2019.

Under DeBoer, they reached the playoffs the previous two years and lost one round before the Stanley Cup Final each time.

DeBoer was coaching his fourth NHL team after stints with Florida, New Jersey and San Jose. He took the Devils in 2012 and Sharks in 2016 to the final.

Vegas joins the list of vacancies, which also includes Winnipeg and Chicago — teams that are not expected to bring back interim coaches.

McCrimmon said he and McPhee will begin the process of hiring a new coach immediately and wouldn’t pigeonhole themselves into a category when it comes to a replacement.

“There’s good coaches that have varying backgrounds,” McCrimmon said. “We’ve had two good coaches; one guy’s a former player, one guy wasn’t. Both guys were effective at delivering the message. We’ll identify the people that we are interested in, and I don’t know if that’ll be eight days, 10 days, six days, I don’t know that. I’m sure we’ll look at a lot of names. There’s gonna be people that reach out to us, and we may include them as the people that we’re interested in, and there’s gonna be some real good people that reach out that we might not be interested in. But to speak to a specific candidate, it’s just not the right time to have that discussion.”

Vegas assistants Steve Spott and Ryan McGill were also dismissed. McGill was a member of the original coaching staff under Gallant. The team will retain assistants Ryan Craig and Misha Donskov, while goalie coach Mike Rosati will have the opportunity to interview with the new head coach.