Rod Gilbert, the Hall of Fame right wing who starred for the New York Rangers and helped Canada win the 1972 Summit Series, had died. 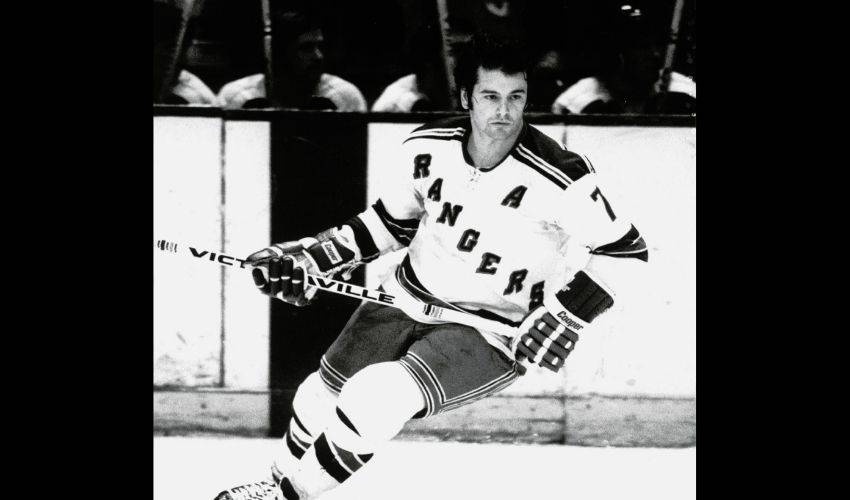 NEW YORK (AP) — Rod Gilbert, the Hall of Fame right wing who starred for the New York Rangers and helped Canada win the 1972 Summit Series, had died. He was 80.

“While his on-ice achievements rightly made him a Hall of Famer, it was his love for the Rangers and the people of New York that endeared him to generations of fans and forever earned him the title, ‘Mr. Ranger.’"

From Montreal, Gilbert spent his entire 18-year NHL career with the Rangers — a career that was nearly derailed In 1960 when he broke a vertebra in his back after slipping on garbage on the ice while playing for Guelph in the junior Ontario Hockey Association.

Gilbert recovered and ended up with 406 goals and 615 assists in 1,065 regular-season games and 34 goals and 33 assists in 79 playoff games. He holds Rangers records for goals and points. In 1972, he had a goal and three assists in six games for Canada in its historic eight-game victory of the Soviet Union in the Summit Series.

Inducted into the Hockey Hall of Fame in 1982, Gilbert spent many years in the Rangers organization after his retirement as a player.

Gilbert appeared in eight All-Star Games and received the Bill Masterton Trophy in 1976 as the NHL player who “best exemplifies the qualities of perseverance, sportsmanship and dedication to hockey.”

His No. 7 jersey became the first number ever to be retired by the Rangers when it was raised to Madison Square Garden rafters on Oct. 14, 1979. In 2007, the National Hockey League Alumni Association honored Gilbert with the Man of the Year Award.