Saros helped Nashville earn a seventh straight playoff berth as he finished the season going 18-6-1 over his final 26 games. 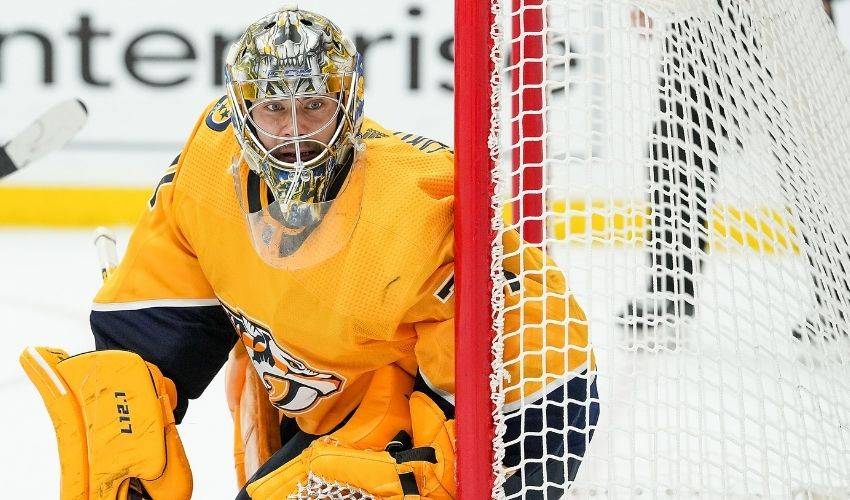 “Juuse has proven himself as one of the best young goaltenders in the NHL, and we are very pleased to have him remain our No. 1 goaltender for years to come,” Poile said. “While being mentored by Pekka Rinne, he has spent the last several seasons growing and taking steps physically and mentally to become a top goalie."

Saros, 26, is coming off his best season yet in his five-year NHL career. He went 21-11-1 in 36 games with career bests in wins, 35 starts, a 2.28 goals-against average and a .927 save percentage. He finished sixth in the Vezina Trophy voting for best goalie and 11th in the Hart Trophy voting for most valuable player.

He finished third in save percentage among NHL goalies who played at least 25 games and fifth in goals-against average. Saros helped Nashville earn a seventh straight playoff berth as he finished the season going 18-6-1 over his final 26 games.

In the playoffs, Saros stopped 110 of 117 shots in back-to-back double overtime victories. That was the seventh-highest combined saves in a two-game span by an NHL goalie in the regular season or postseason since 1955-56. He set a franchise record with 58 saves in Game 4 against Carolina.

The native of Forssa, Finland, was the 99th pick overall in the fourth round of the 2013 draft. He is 76-47-17 in 139 starts, winning at least 17 games in each of his past three seasons. He has 14 career shutouts, most among active goalies his age or younger.