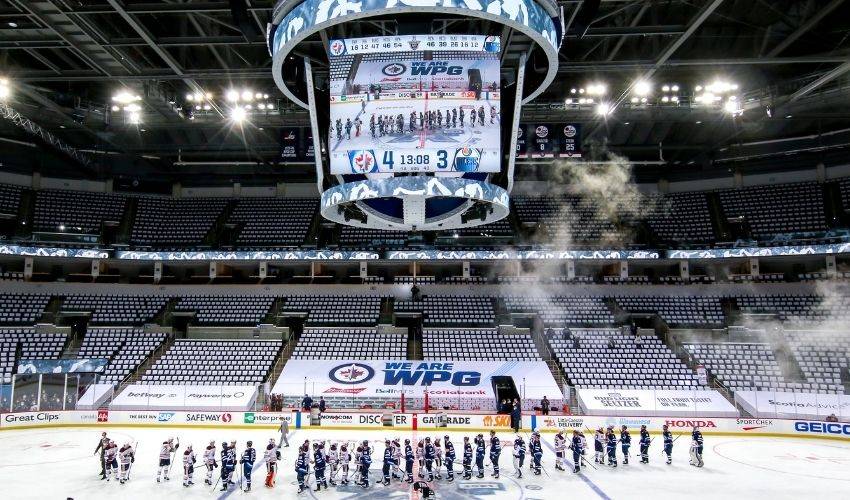 OTTAWA — Work is underway for a travel exemption that would let the winner of the NHL's all-Canadian division and an American counterpart cross the border during the third and final rounds of the playoffs.

Two federal government sources say the exemption would let teams still in the Stanley Cup hunt enter Canada for games without having to isolate for 14 days, as is currently required for all non-essential travellers entering the country.

The sources, who were granted anonymity because they aren't authorized to speak publicly, say the NHL has been working to secure approval from public health authorities in the provinces and cities that still have teams in the playoffs.

Once those signatures are collected, the request will go to federal Immigration Minister Marco Mendicino for final approval.

The sources emphasized that public health and safety would be the top priority before any approval.

The winner of Monday night's series-deciding game between the Montreal Canadiens and Toronto Maple Leafs will play the Winnipeg Jets in the North Division final.

The winner of that series will face one of three American division winners in the league semifinals. The two semifinal winners will square off for the Stanley Cup.

This will mark the first time regular cross-border travel occurs in the NHL during the COVID-19 pandemic.

NHL personnel were granted a special dispensation before the trade deadline in April to serve only a seven-day quarantine.

Canadian teams in leagues outside the NHL have a larger majority, if not a full complement, of rivals in the U.S., making cross-border travel a requirement if they are to play in Canada.

That crowd was significantly smaller than those permitted in most U.S. venues.

This report by The Canadian Press was first published May 30, 2021.

—With files from Joshua Clipperton.