Riley Stillman thinks he fits in nicely with Chicago's young group of defencemen. 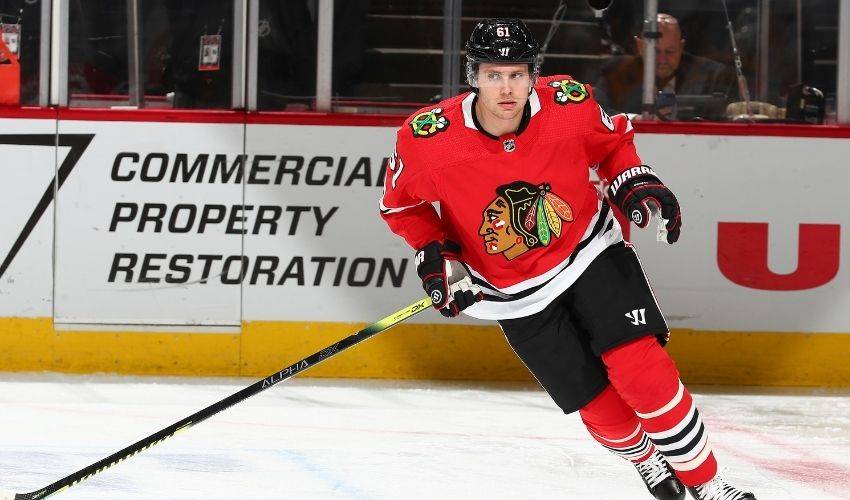 CHICAGO — Riley Stillman thinks he fits in nicely with Chicago's young group of .

Chicago announced a three-year contract extension with Stillman on Sunday, just two weeks after it acquired the 23-year-old in a multiplayer deal with Florida.

“I want to be here. I wanted to get this done to have an opportunity just to focus on playing and just helping the team,” Stillman said. “From what I've seen over here the last two weeks, I love the city of Chicago. The organization all the way through is top notch, and I'm really excited to be here. So I wanted to get that done, get it behind me, and just focus on the team."

The Blackhawks traded forward Lucas Wallmark and Lucas Carlsson to the Panthers on April 8 for Stillman, forward Brett Connolly, the rights to forward Henrik Borgström and a seventh-round pick in this year's NHL draft.

“Having a young, physical like Riley in the fold is exciting for the future of our team,” general manager Stan Bowman said in a news release. “He is growing into an excellent all-around and that continued development is something we look forward to seeing firsthand. We love his size, and his toughness adds another piece to our .”

Stillman was selected by Florida in the 2016 NHL draft. He appeared in 34 games with the Panthers last season, finishing with five assists. He also skated in three playoff games last year.