Islanders captain Anders Lee out for season with knee injury 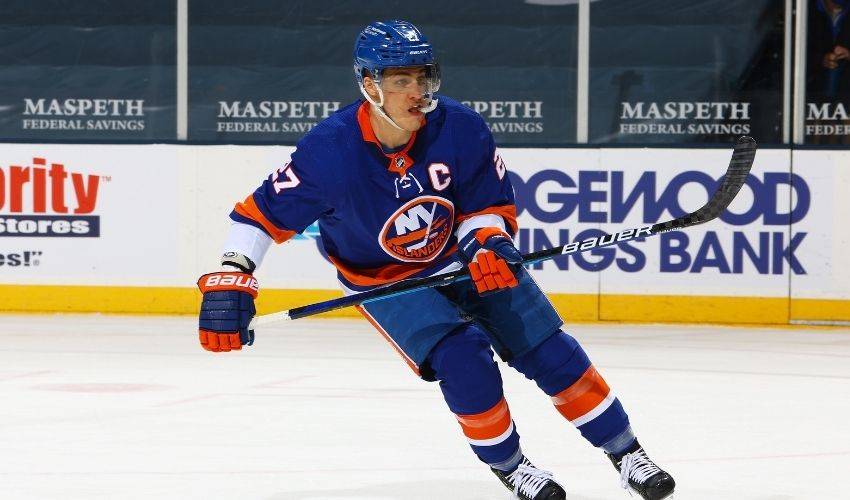 General manager Lou Lamoriello said Wednesday that Lee is set for surgery later this week to repair a torn ACL. Lee tore the ligament when he got tangled up with New Jersey’s Pavel Zacha last Thursday.

The team put him on long-term injured reserve and now can use his $7 million in salary-cap space to add players before the April 12 trade deadline. Lee led New York with 12 goals when he was injured.

“We’re always trying to find a scoring winger, whether it’s because of Anders’ situation or not,” Lamoriello said. “Everybody is. That’s not something that’s easy to do. If we can, we will.”

The Islanders won nine in a row and picked up points in 12 consecutive games before losing at Washington on Tuesday night and falling out of first place in the East Division by a tiebreaker. They're tied with the Capitals at 42 points and have won two of three games without Lee.

There are several pending free agent wingers who could be of interest to the Islanders, including 2018 MVP Taylor Hall and former Devils teammate Kyle Palmieri. The cap staying flat at $81.5 million next season limits what Lamoriello can do in acquiring players signed beyond this year.

Lamoriello praised young players who have gotten more ice time with Lee out and added: “If we can get ourselves better, we will. We will not do something just for the sake of doing it.”

Lee is expected to be ready for training camp ahead of next season.

“The doctors are extremely comfortable with 100% recovery because of the type of injury that he has, but it is an ACL and the rehab will not be as bad as a lot of ACL injuries are because there is nothing else damaged other than the ACL,” Lamoriello said. “Certainly knowing the character and discipline of Anders and the rehab that he will be so diligent at, he will be ready.”