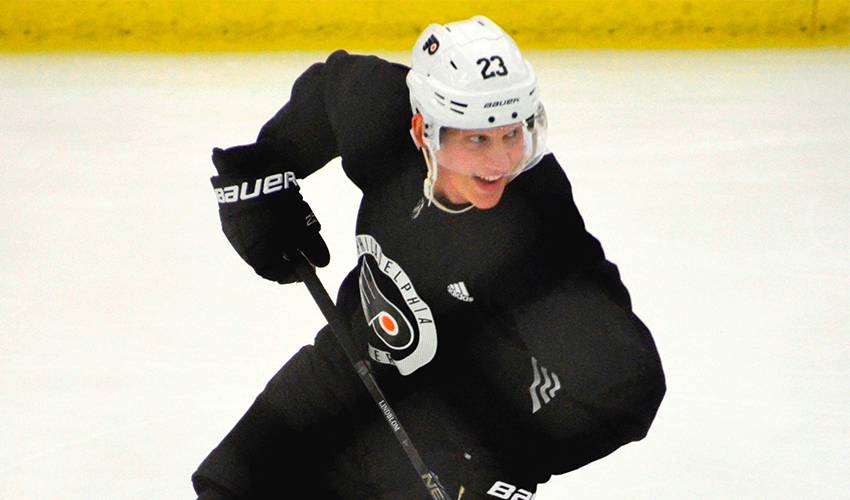 The 23-year-old Lindblom, a native of Sweden, has been ruled out of play should the NHL season resume. Lindblom said he was down to his final chemotherapy treatments.

Lindblom suffers from Ewing’s sarcoma, a cancerous that grows in the bones or in the tissue around bones. He had 11 goals and 18 points in 30 games this season. Lindblom has 30 goals in 134 career games over two-plus seasons with the Flyers.

Lindblom was on the ice at the Flyers’ complex in Voorhees, New Jersey, and said it was “unreal” to skate again with some of this teammates and have fun.

Lindblom said he can see the “light in the tunnel” when it comes to his treatments.

“People have it worse,” he said.

Flyers general manager Chuck Fletcher said it was great that Lindblom could skate about six months after he was diagnosed with cancer.

“He looked really good on the ice, his hands are still there,” Fletcher said. “It is remarkable to think that with all the treatments that he has had he was able to go out there today and still show the skill and still have the stamina to skate for about 35-40 minutes. It’s a great sign for him and very exciting to think that with all going well in the future he’s going to return to play for us."

“Obviously, Phase 2 is voluntary and every player and staff member must follow very strict guidelines and rules. Our practice facility is a very safe environment, safer than most places,” he said,

The Flyers finished in second place in the Metropolitan Division and wait for the start of the round-robin tournament.