Forward Zack Kassian has signed a four-year contract extension with the Edmonton Oilers. 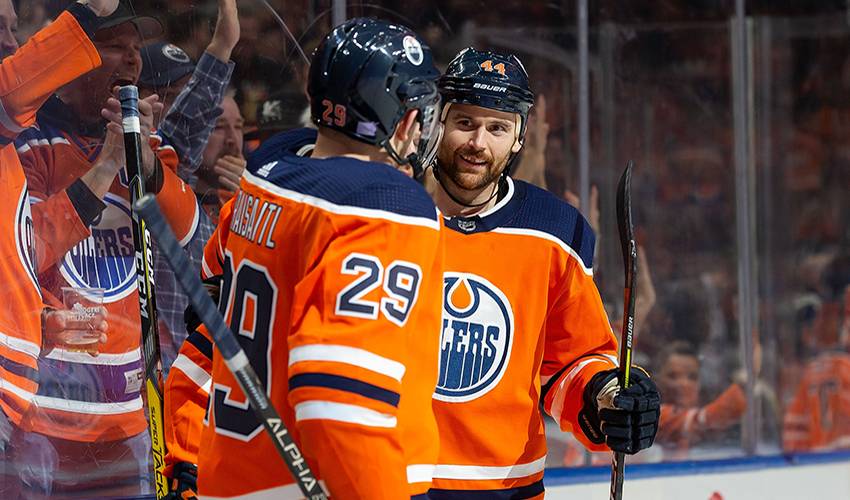 The 29-year-old from Windsor, Ont., and the club agreed to a deal averaging US$3.20 million annually, according to multiple reports.

The announcement comes less than an hour before the Oilers and Calgary Flames are set to renew their rivalry in the Battle of Alberta. Kassian will also be playing for the first time since serving a two-game suspension for pummelling Calgary's Matthew Tkachuk.

Kassian was suspended for pounding on a turtling Tkachuk late in the second period during a tie game Jan. 11 at the Saddledome after Tkachuk drilled him into the boards, sending Kassian's helmet flying.

The Oilers forward responded by grabbing Tkachuk by the scruff of his sweater and landing 10 punches while the Flames forward hid his face behind his gloves.

Kasisan was given a double minor for roughing. It was a costly penalty as the Flames scored on the ensuing power play and won 4-3.

After he was suspended, Kassian publicly warned Tkachuk that the issue wasn't settled. "He messed with the wrong guy," Kassian said on Jan. 14. "I don't think [Tkachuk] realizes that we're in the same division and I have a great memory."

The NHL's chief disciplinarian George Parros is scheduled to be in Edmonton for the game.

Kassian is on pace for a career year in his fifth season with the Oilers. The 29-year-old has 13 goals and 28 points over 44 games this season — just two goals and one point shy of matching his career highs.

He was originally drafted No. 13 overall by the Buffalo Sabres in the 2009 NHL Draft. He was acquired by Edmonton in a trade with the Montreal Canadiens in exchange for goaltender Ben Scrivens back in 2015.

This report by The Canadian Press was first published Jan. 29, 2020.

The NHLPA and the NHL announced today that forward Zack Kassian of the Montreal Canadiens has been returned to available status.