The Ottawa Senators have signed forward Anthony Duclair to a one-year, US$1.65-million extension. 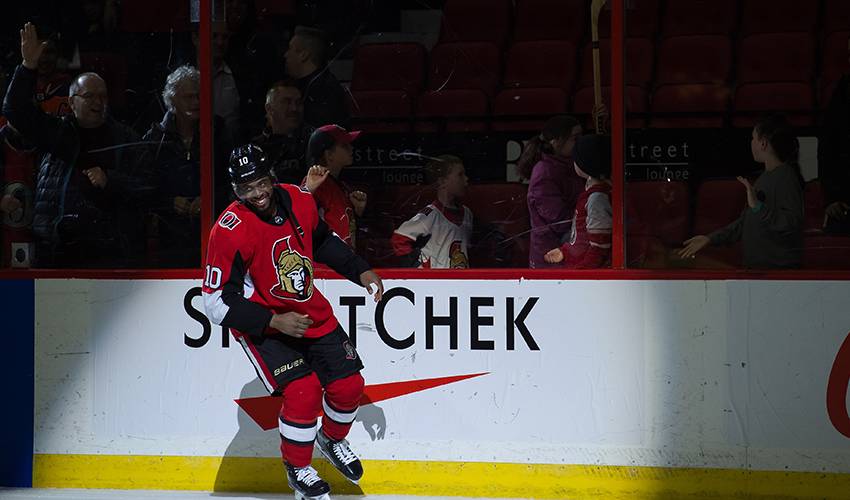 Ottawa acquired Duclair, 23, in a deal sending Ryan Dzingel to the Columbus Blue Jackets on Feb. 23.

Duclair finished with 33 points (19 goals, 13 assists) in 74 games with Columbus and Ottawa last season. The native of Pointe-Claire, Que., had at least one point in eight of the Senators' final 12 games.

Selected in the third round (80th overall) of the 2013 NHL draft by the New York Rangers, Duclair has registered 122 points (56 goals, 66 assists) and 97 penalty minutes over 287 NHL games with the Rangers, Arizona Coyotes, Chicago Blackhawks, Columbus and Ottawa.

"We were pleased with what Anthony was able to add to our lineup after his acquisition," Senators GM Pierre Dorion said in a statement. "This signing improves our team speed and scoring depth up front. Anthony's speed and skill can be dynamic and at only 23 years old, we feel he has the chance to grow into a really consistent contributor."