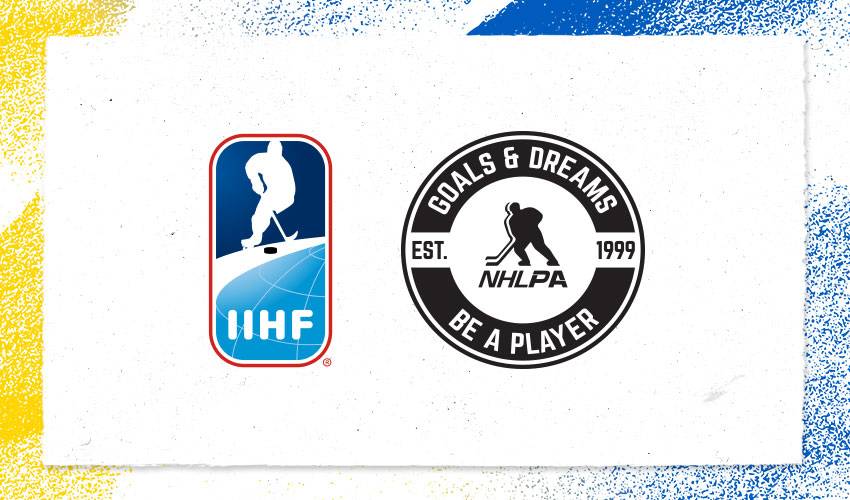 NHLPA Goals & Dreams donates $100,000 worth of hockey equipment, with support of IIHF,
to displaced Ukrainian youth

The first round of these equipment donations from NHLPA Goals & Dreams were recently delivered to Poland. From there, it will be distributed to Ukrainian youth between 6 to 16 years old who are now living in Czechia, France, Germany, Hungary, Italy, Latvia, Poland, Romania and Switzerland.

The equipment donation includes 100 sets of Bauer hockey helmets, gloves and sticks, as well as 200 pairs of skates. Each youth will also receive NHLPA tracksuits and hockey sweaters. The equipment and apparel have all been sized accordingly for each recipient. Bauer Hockey played an important role in this donation by contributing extra equipment and covering the shipping costs to help this donation move forward.

“NHL Players strongly support the meaningful work the IIHF is doing to assist displaced Ukrainian youth hockey players,” said Mathieu Schneider, NHLPA Special Assistant to the Executive Director. “We are proud to make this equipment donation from the NHLPA Goals & Dreams program, which will help hundreds of young Ukrainian hockey players return to the ice in neighbouring countries.”

Thanks to the IIHF’s efforts on the ground in Europe, more than 550 youth will receive the equipment they need to resume playing hockey after being forced to leave their home country of Ukraine for bordering countries.

“I would like to sincerely thank the NHLPA and Bauer for this generous donation to Ukrainian youth hockey,” said Luc Tardif, IIHF President. “This is an amazing contribution to the already overwhelming show of support shown by the international ice hockey family for Ukraine’s young players.”

A second round of equipment donations from NHLPA Goals & Dreams is scheduled to be made in the coming months, after the IIHF identifies additional youth in need of hockey equipment and assesses their specific equipment requirements.