The campaign that has been uniting the hockey community in support of people impacted by cancer and their families since 1998, is underway this month of November. 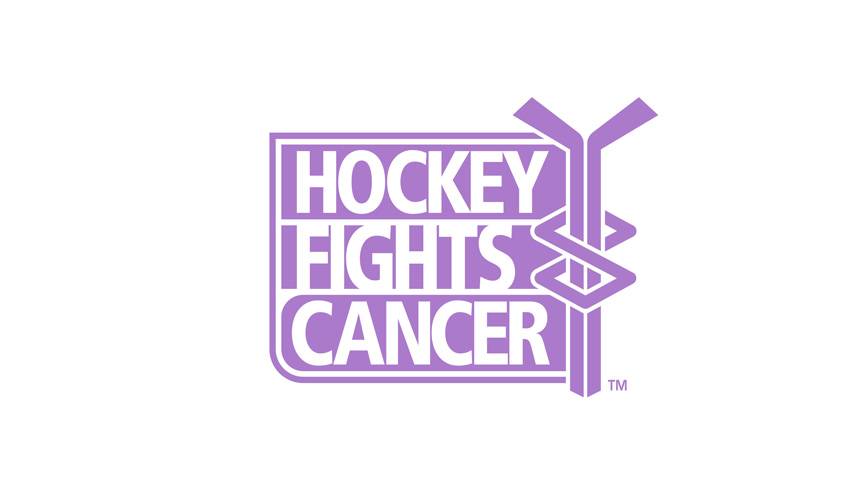 NEW YORK/TORONTO (Nov. 2, 2020) – The 22nd annual campaign for Hockey Fights Cancer™, a joint initiative between the National Hockey League (NHL) and National Hockey League Players’ Association (NHLPA), begins today. To kickstart the campaign that has been uniting the hockey community in support of people impacted by cancer and their families since 1998, the month of November will feature stories and conversations from those around the League affected by cancer.

The NHL and NHLPA understand that cancer has no off-season and that many of those living with cancer have faced more adversity during the coronavirus pandemic. Despite the unprecedented timing of this off-season, the NHL and NHLPA are undeterred by the absence of hockey and remain steadfast in their commitment to support Hockey Fights Cancer (HFC). The campaign will continue in earnest when the 2020-21 season commences with Clubs hosting HFC fundraising and awareness nights.

Throughout November the NHL and NHLPA, in collaboration with Clubs, rightsholders and corporate partners, will highlight the challenges with cancer many of those within the hockey community have faced, including the stories of late Hockey Hall of Famer Dale Hawerchuk, Philadelphia Flyers forward Oskar Lindblom, Vegas Golden Knights defenseman Shea Theodore and Axl Quincey, son of former NHL defenseman Kyle Quincey.

Last year, donations raised for Hockey Fights Cancer surpassed more than $3.8 million and the Stanley Cup® Hope Lodge Tour debuted, which included visits to four cities in the U.S. and Canada. Fans can donate to the NHL and NHLPA’s Hockey Fights Cancer initiative by visiting HockeyFightsCancer.com. Donations will continue to help people affected by cancer.

Fans can get involved by sharing their stories using the official hashtag #HockeyFightsCancer and by visiting HockeyFightsCancer.com to donate and download an “I Fight For” card. HFC Merchandise is available at NHLShop.com.