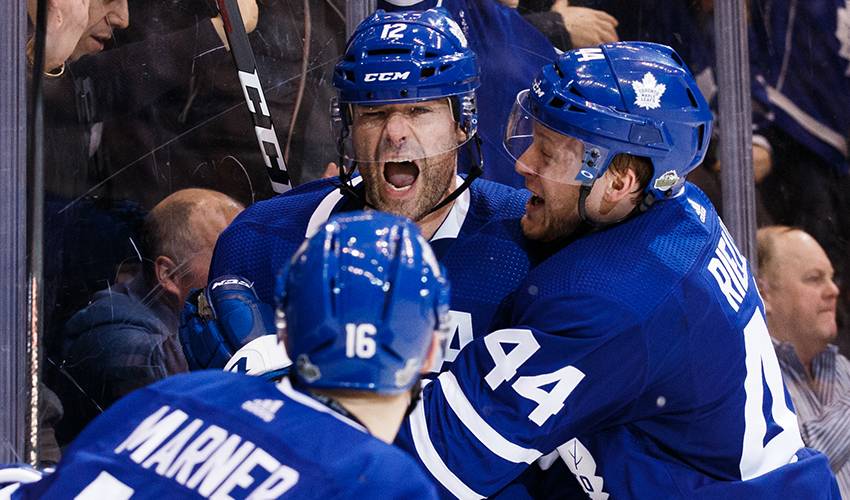 For two seasons, from 1995-97, Marleau skated circles around Western Hockey League opposition, racking up 83 goals and 199 points in 143 games as a member of the Seattle Thunderbirds.

But it wasn’t just blistering speed, stellar shooting and precision passing that made him a beloved teammate.

“I think Pat had a real confidence in his own abilities,” recalled Farwell, VP of Hockey Operations with the Thunderbirds. “He was a really popular guy on our team, yet he was very quiet. He was not cocky in any way, but he had that confidence. I thought that was the defining quality of him at that time.”

Marleau also had his teammates’ backs.

“He wasn’t critical in any way,” said Farwell of the player that captained Seattle in 1996-97. “He was supportive and treated guys well. He didn’t put himself above them. He was just one of the guys. We had a group that was young, all starting out at the same time. Pat was the clear the leader of that group, but he didn’t big wheel it at all with those guys. He was really popular with them.”

Fast-forward to an NHL career nearing 1,600 regular season games and Marleau, in Farwell’s eyes, is still very such the same competitor that piled up the points in WHL circles.

Did he expect the now 39-year-old veteran to have played this long at hockey’s top level?

“You never have any way of predicting that, but I believe it because he had that natural hockey body,” said Farwell. “He was doing things at 16 that were exceptional – his leg strength and how explosive he was. He’s really talented, he’s smooth and he’s played a lot of games without injury, but he was blessed with the perfect hockey body. It’s not surprising that he would last, but he’s just been a class, class story throughout the years.”

And the ideal mentor for a Toronto Maple Leafs team with its sights set on a Stanley Cup championship.

“He’s a perfect guy to be part of the group they have in Toronto because he’s a great guy to follow,” said Farwell. “I’m not surprised (at his NHL longevity), watching him grow over the years. He’s a polished pro now. He was a really young, shy kid when he came to us. He’s grown just like you’d expected he would.”

Marleau’s also someone that feels right at home wherever he plays.

“When it comes to the game, he’s all in and a really good guy to have on your team. He’s become a real statesman in the league, but he’s always been a quality person.”