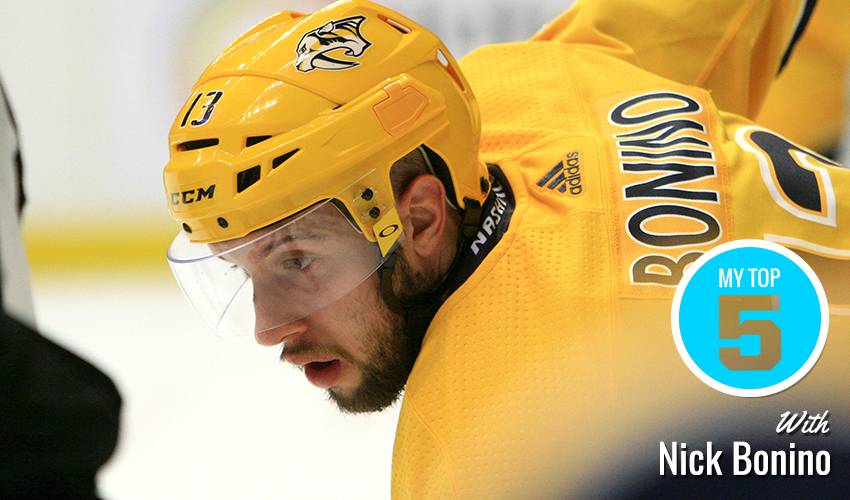 Before he begins his second season with the Nashville Predators, the 30-year-old forward spoke with NHLPA.com about his most memorable hockey moments to date.

“I’ve had so many special moments in my career. Winning the Stanley Cup would definitely be No. 1 on the list. It’s an easy choice. You go through so much together to win something that is so hard to do. It’s the greatest feeling you can have. The first one playing with Phil (Kessel) and Hagy (Carl Hagelin) was pretty special. We had a good thing going.”

“The second one (2017) was a little bit different role, being counted on defensively. But it was amazing to be able to do it back-to-back. It’s even tougher to win it twice in a row, so you appreciate it just as much.”

“The two series-clinching overtime goals definitely come to mind. There was one against Washington (May 10, 2016, 6:32 of the first overtime) and against Dallas (April 27, 2014, 2:47 of the first overtime) when I was with Anaheim. We were down two goals to Dallas in Game 6 and had a pretty good end to that one. The one against Washington was pretty cool, too. Winning is always a great memory. When you asked about my top memories, my brain immediately went to winning. Individual moments are nice, but winning is the best.”

“We (Boston University Terriers) had a really great game in the NCAA Final (2009). We were the No. 1 team in the nation and we played the No. 16 seed (Miami University) in the Frozen Four in the finals. They were great. They jumped out to a 3-1 lead and we were down two goals with a minute left. We had some pretty crazy plays down the stretch (Bonino had an assist to cut the lead to 3-2 and then tied the game with 17.4 seconds left) and we won the game in overtime. That has to be one of the best comebacks in hockey. I’m hoping it’s not luck. When the games get bigger, I just try to stay in the moment.”

“It’s flown by. It’s crazy. I was thinking about it this summer: I’m a true veteran in this league. Obviously, there are lots of guys who have played more than I have, but it’s something I’m very proud of as I’m getting closer to it (Bonino’s 22 games away from 500). I’m not there yet, but it’s a lot of games. I feel very fortunate for every opportunity I’ve had.”