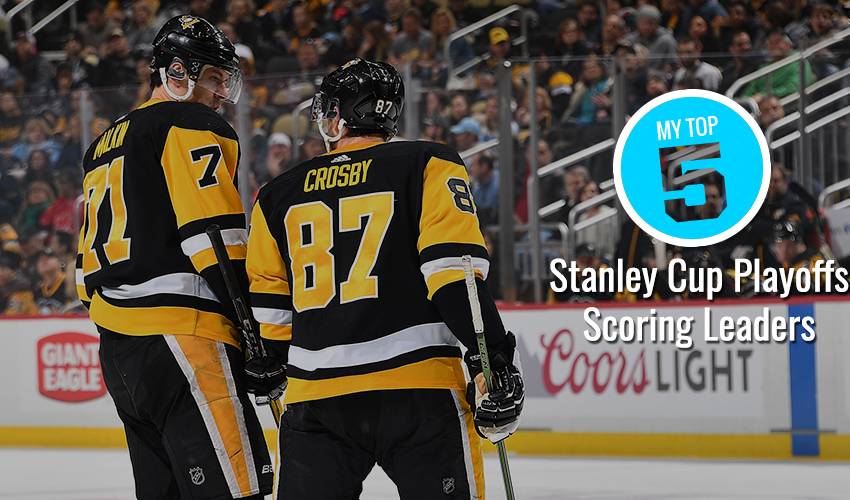 Pittsburgh’s megastar captain has the most playoffs assists (110) among current players, accompanied by 61 goals, 18 power-play goals, nine game-winning tallies, and is averaging 1.132 points per playoff game.

The 31-year-old Pens centre leads all active players with 24 post-season power-play goals. Malkin has also netted 10 game-winning markers, to go along with his 60 goals and 100 assists. He also has one short-handed tally to his name.

The classy San Jose Sharks veteran is just four assists shy of 100 helpers for his playoff career. Of his 27 post-season goals, Jumbo Joe has netted eight game-winners, along with 10 power-play markers.

Thornton’s former San Jose teammate is now bringing his talents to the Toronto Maple Leafs. The Saskatchewan native leads all active players with 70 goals and 16 game-winning tallies. He’s also lit the lamp 23 times on the power-play.

The Ducks captain is hoping to help lead Anaheim to what would be his second Stanley Cup. With 37 goals (six of them game-winners) and 83 assists in the postseason, Getzlaf has been a steady force on the power-play, tallying 48 points with the man-advantage to his name when Lord Stanley on the line.