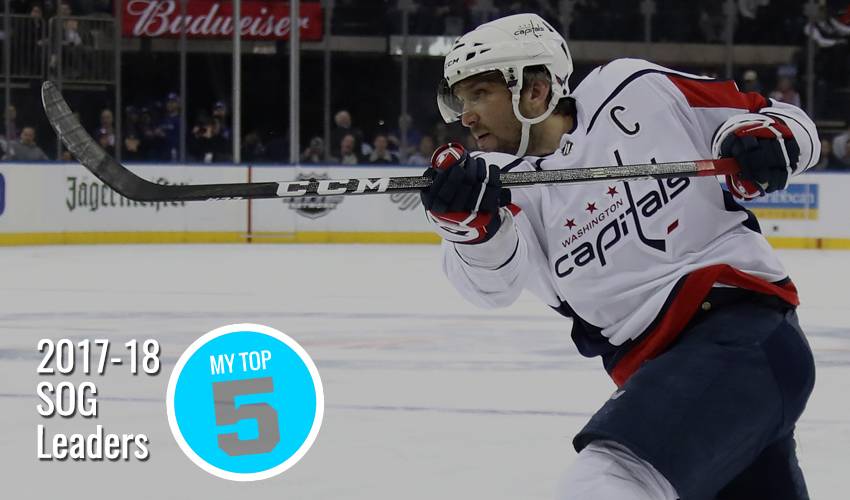 The Russian megastar has been in fine form firing pucks in 2017-18. With a league-leading 45 goals, averaging 1.09 points per game and six game-winning tallies, Ovechkin is once again at the top of his game – and at the top of the shots list.

One of only three players to have cracked the 300-shot mark this season, the Dallas Stars centre has been front and centre on the scoresheet, courtesy of 39 goals, 14 of which have come on the man advantage and six that stand as a game-winning markers.

San Jose’s beard-toting, puck-blasting defenceman has racked up 307 shots on goal so far this season, resulting in 11 goals, two of them being game winners. Five of Burns’ lamp-lighters have come while the Sharks have been on the man advantage.

Kane is the second Shark to make an appearance on the shot-topping list. Coming to San Jose via a trade with Buffalo on February 26 the left wing has netted 28 goals, including three on the power-play and two game-winning snipes.

St. Louis alternate captain is once again helping lead the Blues offensive charge. Along with a solid +15 rating, Tarasenko has blasted 282 shots so far this campaign, resulting in 29 goals, including four game-winning tallies and five power-play markers.