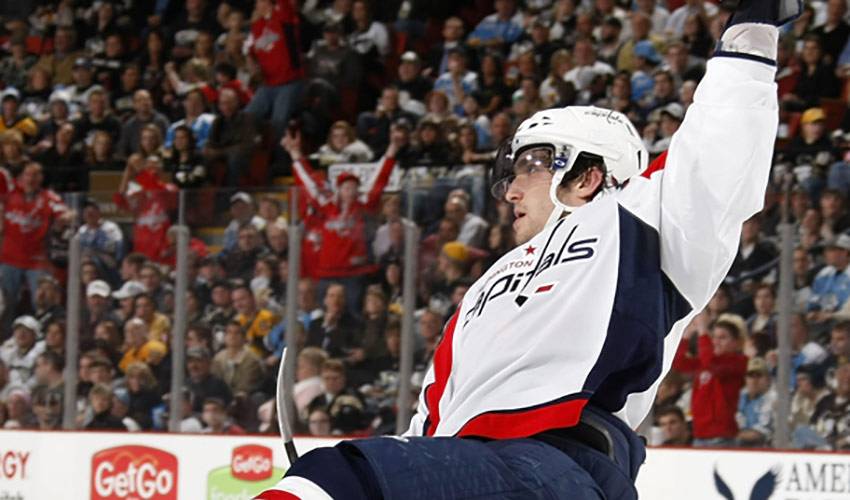 Winners of their last six games in a row, the Washington Capitals have begun a late-season surge in the quest for home-ice advantage in the playoffs and the Southeast Division title. With four impressive victories over the Blues, Panthers, Oilers and, their main competition for that Southeast Division title, the Tampa Bay Lightning, Washington overtook Tampa Bay, and now sit only two points behind the Philadelphia Flyers for top spot in the Eastern Conference. The Capitals are banged-up with some injuries to key players, yet are being led by their captain Alexander Ovechkin (ten points in his last six games), Alexander Semin (goals in three straight contests) and strong goaltending, including two great efforts against Tampa Bay and Edmonton by Braden Holtby while substituting for injured starter Michal Neuvirth. The Capitals faced criticism early on in the season for what was judged to be a slow start, but it seems that Washington is catching fire at the right time, which is a dangerous situation for their upcoming opposition, playoffs included.

The Capitals are not only the hottest team in the league, but they also put together one of the nicer goals of the season on Wednesday night, during their 5-0 win over the Oilers. After forcing a turnover from Edmonton's last defender back in their offensive zone, Ovechkin and Johansson broke in on a 2-on-0 versus goaltender Nikolai Khabibulin. Ovechkin made a quick pass over to Johansson above the circles, who fed it back to his captain immediately. With the tic and tac completed, Ovechkin finished the toe, making another quick pass back to his young centreman, who returned the puck immediately back to sender one last time. Ovechkin promptly buried a high one-timer past a helpless Khabibulin, who must have thought there was something terribly unfair about what had just been done to him.

Ryan Callahan has had a strong month of March to date, doing all he can to help the Rangers in their spirited fight for a playoff spot. No effort was as great, however, then his performance in last Sunday's matinee against bitter rival Philadelphia. In what would ultimately end in a 7-0 thrashing of the Eastern Conference-leading Flyers, Callahan was all over the stat sheet at game's end. The native of Rochester, New York had four goals, including two on the power-play, and the game winner. It was the first hat-trick of Callahan's five-year NHL career, with the bonus goal also helping him break the 20-goal plateau for the second time in his career. Callahan also had an assist on Artem Anisimov's 16th goal of the season in the third period, and dished out three hits in a vital game that the Rangers needed to have.

The Calgary Flames have been one of the hottest teams in the NHL for the past two months, with captain Jarome Iginla leading the charge for the team as they vaulted their way into playoff contention. Iginla began the month of March with a four-game goal-scoring streak, helping the Flames to a 3-1 record in those games. The native of Edmonton also set a new personal mark with a penalty shot goal against the Nashville Predators on Sunday, beating a Vezina-calibre goaltender in Pekka Rinne with a five-hole shot. The goal was his 30th of the season, which is a mark he's reached or exceeded in each of the past ten seasons, making him only the tenth player in NHL history to have 30 goals in ten consecutive years. Congratulations Jarome, from NHLPA.com, on this fantastic accomplishment!

- Pittsburgh defenceman Zbynek Michalek discusses the feeling of scoring his first goal in a Penguins uniform.