The Calm Before the Storm

Canucks captain, Henrik Sedin eager to feel the intensity of the 2011 NHL playoffs in Vancouver 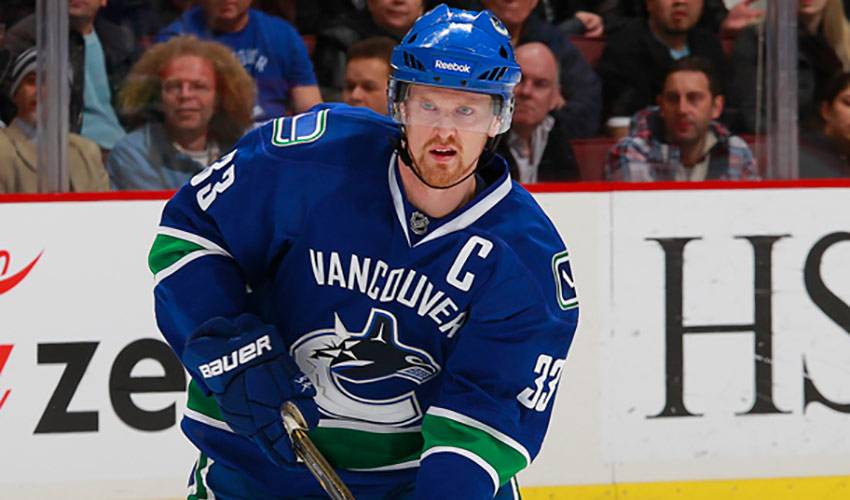 They are the Presidents' Trophy winners of 2010-11 as the team that finished with the most points in the league during the regular season, but Henrik Sedin and the Vancouver Canucks have their sights on an even bigger prize.

For 82 games, no one in the NHL, in terms of the standings, was better than the Canucks. Featuring some of the top players in the game at every position, the Northwest Division club has been one of the league's most consistent and impressive teams.

But in spite of all their successes, Henrik, Vancouver's captain,  has greater expectations as the team looks to deliver the city its first ever Stanley Cup championship.

“Playing in this market, it's no different this year than it has been in the past,” said the native of Ornskoldsvik, Sweden, who won the Hart Memorial and Art Ross Trophies as the NHL's most valuable player and leading point-scorer, respectively, in 2009-10. Media-wise, if we won four Stanley Cups in a row, the pressure is still going to be there like it is now. So that's not a difference.

“The only difference in the dressing room is that we have a better team from top to bottom. The players that management brought in this summer have made us a lot better, and that's the only difference from the years past.”

Henrik is still very much the same player he's been for years, an elite offensive catalyst, who is arguably the most gifted passer in the game today.

Named the Canucks' 13th captain in team history during a pre-game ceremony celebrating the start of the team's 40th season on October 9, 2010, Henrik has been a steady contributor on a Vancouver squad eager to capitalize on their regular season triumphs of late.

He admits he's come a long way since his first playoff experience in 2000-01.

“It was nerve-wracking,” recalled the 30-year-old. “We started on the road against Colorado, so starting on the road was good, but getting home and playing the third game at home, you didn't know what to expect. The fans and how loud it was and the towels and everything, that's something I think we're always going to remember. It's been great ever since. I mean, the playoffs are a different season, and it's what you're playing for the whole year. So it's going to be really, really fun.”

It hasn't been fun, at least playoff-wise, for the Canucks in recent years. In the past five campaigns, they haven't qualified for the final eight twice and on three occasions, they've been ousted in the Western Conference semifinals, including consecutive losses to the Chicago Blackhawks the past two seasons.

Once again, the Canucks and ‘Hawks will square off, this time in the first round of the Western bracket, with Vancouver as the first seed and Chicago holding the eight spot.

Henrik knows just how much it would mean to the players, the organization, the fans and the city to win it all.

“We think about it every day,” said the forward, who set three different Canucks franchise records in 2009-10, passing Trevor Linden for the club's all-time assists lead, eclipsing Pavel Bure's single-season points record and besting the Canucks single-season assists record, breaking the previous record he set in 2006-07. “To see other players and talk to other players going through the journey and winning it, I mean, it's an unbelievable feeling the way they speak about it. To win here in Canada in a market like this, that's something you dream about in the summertime when you spend your hours in the gym and everything. Being here for a long time, you realize how important this is for people and for the fans.”

After some late-season bumps in the road, the Canucks rebounded with a convincing 5-0 home win over the Minnesota Wild.

He also sees the tough stretch as a valuable lesson.

“I think it might be a good thing for us to not be cruising here and winning games,” he offered. “I think this is a wake-up call for us. I think in the long run it's going to be good for our team.”

A team that boasts one of the game's true superstars and a player who is eager to bring the Cup to British Columbia.