Player of the Week - P.K. Subban

When it comes to hockey, Montreal Canadiens fans definitely love a showman, a spark-plug, a player with charisma and, above all else, an amazing talent. 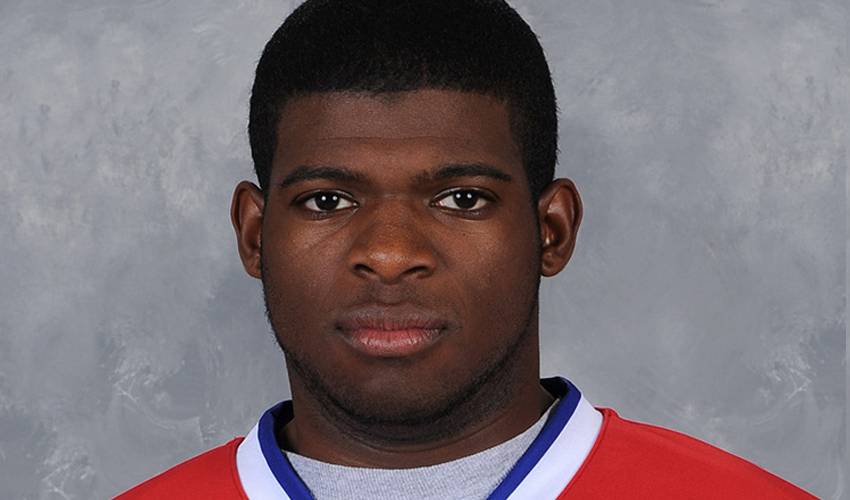 When it comes to hockey, Montreal Canadiens fans definitely love a showman, a spark-plug, a player with charisma and, above all else, an amazing talent. They must be over the moon at the Bell Centre, because they have all these things in one dynamic young defenceman - P.K. Subban. With his natural talent, his penchant for the spotlight and his openness and willingness to speak with the media, P.K. has quickly become a favourite of the Habs faithful.

P.K. has emerged as a crucial young piece in the Canadiens line-up in his short time with the team. After making his debut in the 2010 playoffs following an injury to Andrei Markov, the young Toronto, ON native quickly proved he was more than capable of performing on the biggest stage in hockey. He carried his strong play into the 2011 season, where after a brief stint in the press-box early in the season, he was consistently the Habs best defenceman and a crucial element on their powerplay. The former member of the Belleville Bulls of the OHL seems to be on the path to becoming a bona-fide NHL star and he is doing it in the uniform of the team that he and his father have rooted for since he was a child, something that undoubtedly has made his journey to the NHL all the more sweet.

With his first full season now under his belt, and a firm understanding of not only what he is capable of, but also what will now be expected of him in a passionate, yet demanding market, P.K.’s ability to continue to grow as a player while helping the Canadiens maintain a strong position in the Eastern Conference hierarchy will be key.