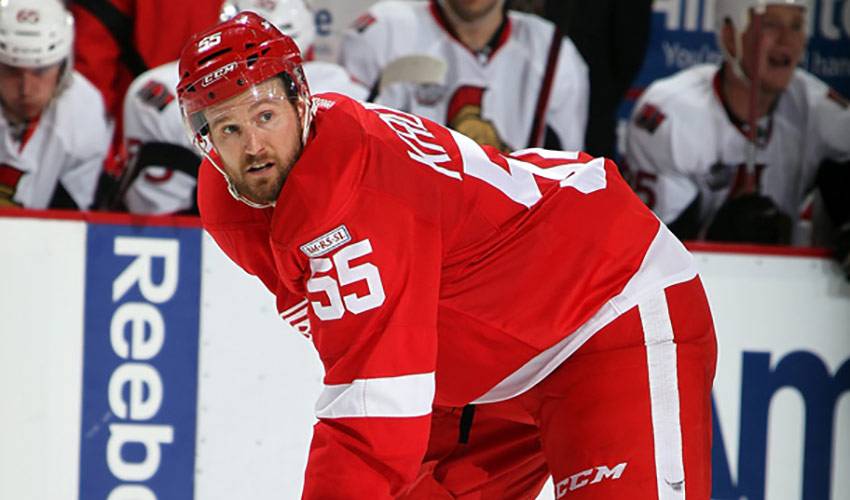 l long at all to start thinking about hockey once the off-season began. In fact, all it took was 21 days.Niklas KronwalIt didn't take

There's no doubting the competitive spirit in which Kronwall, Detroit's dynamic double-threat defenceman plays the game. His hard hits are legendary and his offensive contributions are equally impressive.

In his world, there are no nights off.

So, it should come as no surprise to anyone that knows Kronwall, that the Swedish blueliner gets geared up for the hockey campaign shortly after the last season ends and long before the new one starts.

“I was back at home in Sweden and it was nice to have the chance to relax and unwind before we start things up again,” said Kronwall, who hails from Stockholm. “You get to see old friends and family, which is nice, too.”{{QUOTE}}

“I probably start thinking about hockey after three weeks has passed from the end of the season,” offered the 30-year-old, who has risen to the upper ranks of hockey's most versatile defencemen. “You get that excitement back and you can't wait until you start up again. It's a good feeling.”

Once thought to be too small to survive in NHL circles – he stands 6'0” and tips the scales at 190 pounds – Kronwall has been worth his weight in gold to the Red Wings, an effective contributor at both ends of the ice.

His unforgiving bodychecks have hit their mark against numerous opponents, while his ability to chip in offensively (he had 51 points in 2008-09) has made him that much more valuable.

But for Kronwall, the pursuit of perfection is what drives his game.

Asked to assess if he had a successful 2010-11 season, Kronwall's answer was brutally honest.

“Yes and no,” said the first round, 29th overall selection in the 2000 NHL Entry Draft, who played for Djurgårdens IF in Sweden until coming to North America in 2003. “There are things I'm sure I did well, but there is always something you can to improve, always something that you can work on or tweak. You strive to have that balance in your game and that's what I want to this year. Every season, I just want to get better at what I do.”

What he does and does well, is provide Detroit with a number of pluses, including his growing reputation as a leader.

His comfort as a veteran presence can be traced back to the days of one of hockey's most respected and revered leaders, a hockey legend in the Motor City.

“When you think of all the great leaders this organization has had over the years, it's truly amazing,” said Kronwall, who was an Elitserien champion with Djurgårdens IF in 2000 and 2001 and Elitserien Junior Hockey Player of the Year in 2000. “Steve Yzerman was someone you looked up to for so many reasons. And now, we have players like Nick (fellow Swede and captain Nicklas Lidstrom) Pavel (Datsyuk) and Hank (Henrik Zetterberg). You learn a lot from just watching how they handle everything both on and off the ice.”

Kronwall, a member of the Triple Gold Club (gold medal in the World Championships, Olympics and Stanley Cup champion), would be honoured to follow in those footsteps.

“If I can do something to help any of the younger players out, I would be honoured to do that,” said Kronwall, who helped Chris Osgood record his 400th career win by scoring the game-winning goal in Detroit's 4-3 overtime win on December 27, 2010. “As I said before, we're very lucky to have so many guys that are solid leaders.”

It's a corps that is at the top of their game when the Red Wings endure rough patches throughout the season.

“You feel very comfortable in knowing that there is no panic, no need to do anything different,” noted Kronwall. “You don't feel as though you have to press or do things you aren't known for. We always feel we have a chance to contend every year and that's something you always get excited about.”

For Detroit's do-it-all defenceman, those thoughts of possibly winning a second Stanley Cup came well before training camp or the start of the 2011-12 regular season.

Less than a month after last season, to be precise.