May 3, 2016
By:
Chris Lomon
Matthew MurrayPlayoff Performer of the NightPittsburgh Penguins 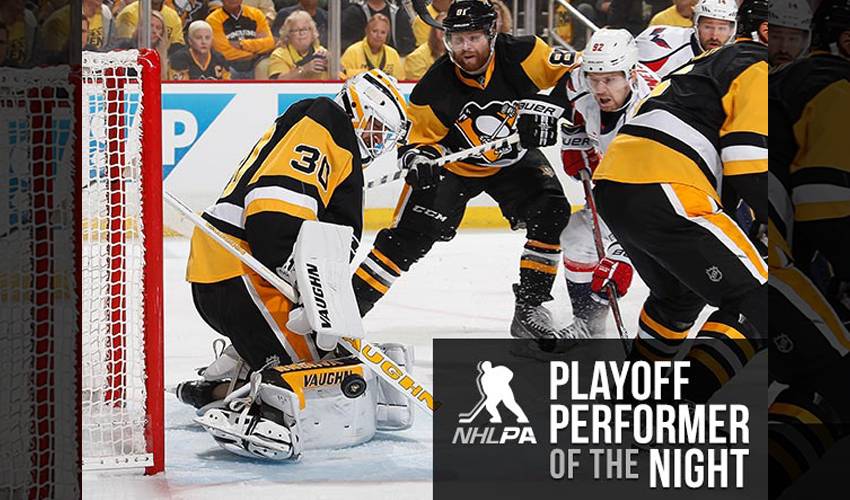 The backstopper faced a barrage of Capitals shots throughout the contest, including 35 over the final two periods.

STAT PACK: Murray made 47 saves on 49 shots as the Pens were outshot in every period. He finished the game with a .959 save percentage.

SAVING GRACE: “They throw a lot of pucks at the net, and without Murray, there's no way we win this game,” said Patric Hornqvist. “That's what good teams do. They find a way to win games when they don't play their best, and that's exactly what we did tonight. We have to be better the next game.”

PRAISE FROM THE OTHER SIDE: “I thought he was the reason they had success,” offered Washington coach Barry Trotz.

THE PUCK STOPS HERE: Murray, who made at least 14 stops in all three periods, became the third Penguins goaltender to make 47 or more saves in a regulation game during the Stanley Cup Playoffs – and the first to do so in a winning effort.

HOME IS WHERE THE ‘W’ IS: Murray improved to 6-1-1 in eight career appearances at CONSOL Energy Center (regular season and playoffs), where the Penguins have won 19 of their past 24 contests dating to January 17.