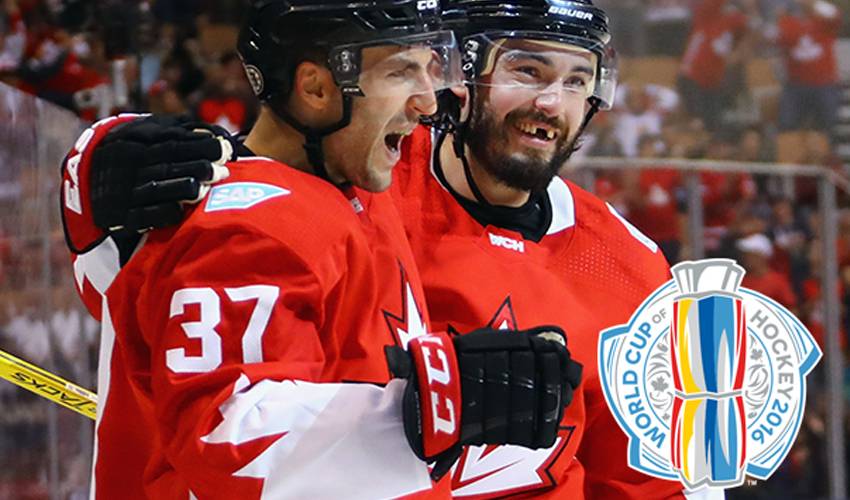 It’s a good friend and former NHLer who perhaps summed up it best when describing what it’s like to play against Patrice Bergeron.

When Simon Gagne, who retired in 2015 after skating in 822 big-league regular season games, was asked about facing-off against one of the league’s elite two-way stars, he started off by shaking his head.

“He’s a shutdown player, but also someone who can score important goals,” said Gagne. “When I was playing on Philadelphia’s top line, he’d be on you every time you were out there. You knew it was going to be a long night.”

Which is precisely what Bergeron’s opponents have been subject to at the World Cup of Hockey.

Crosby has a tournament-leading nine points, Marchand is second with seven and Bergeron is third with six.

Against Team Europe in Game 1 of the Final, Bergeron had a goal and an assist, took four shots, was 78 per cent in the face-off circle, saw time on both the power-play and penalty-kill, and was named Second Star in the 3-1 Canada win.

In other words, it was just another typical night for the native of L'Ancienne-Lorette, Quebec.

Yet despite a head-turning hockey hardware haul, including membership in the prestigious Triple Gold Club (Olympic gold, World Championship gold and a Stanley Cup), three Selke Awards as the NHL’s top defensive forward and a King Clancy Award (leadership on and off the ice and significant contributions to the community), Bergeron is quick to acknowledge others for his successes.

“My teammates have everything to do with the awards I’ve received,” Bergeron told NHLPA.com in 2014. “They help me so much and make me a better player. Throughout my career, I’ve been very lucky to have played with so many great players.”

Players that loathe the thought of playing against him, but relish the moments they get to wear the same jersey as No. 37.

“He’s a great person,” praised Gagne. “There’s any number of reasons why he is one of the best in the game. But I think if you could say one thing as to why everyone respects him, it’s that he plays the game the right way.”

Canada plays Team Europe in Game 2 of the World Cup of Hockey on Thursday night at Air Canada Centre.