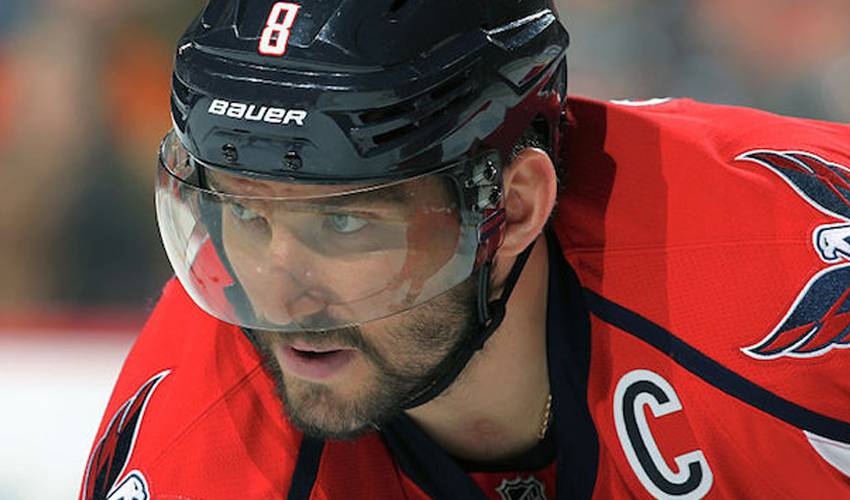 Ovechkin scored just 35 seconds into the Capitals game on Wednesday, and went on to score his 1,001st goal in the second period of the 5-2 win. In joining the 1,000 point club, Ovi became the fourth Russian-born player to hit the mark – after Sergei Fedorov, Alexander Mogilny, and Alexei Kovalev.

Hitting the milestone on home ice at Verizon Center - against Washington’s rival Pittsburgh Penguins, no less, was the perfect segue into a new year after he closed the doors on 2016 in style.

The Russian forward started the NHL season as a husband after marrying his fiancée Nastya Shubskaya, in a small, private ceremony in August. Ovechkin managed to keep his nuptials off the radar for the most part, using social media to hint that the happy couple were indeed, tying the knot.

What wasn’t off the radar, was the intense training Ovechkin spent his summer undertaking in preparation for an extended season that started off with representing Russia at the 2016 World Cup of Hockey.

The hard work Ovechkin has put into every NHL season he’s played in, has culminated into a January of accomplishments.

A January to Remember

In a match up on Monday in Montréal, Ovechkin went top shelf for his 544th NHL goal after adding two assists in the 4-1 win. What a place to be to tie Habs great Maurice Richard for 29th all-time goals in the League.

It’s not the first time the Russian powerhouse’s name has been in the same sentence as the Richard – Ovechkin has won the Maurice “Rocket” Richard Trophy six times as the leading goal-scorer in the NHL. Ovechkin has scored 50 or more goals seven times in his career, with a career-best of 65 in 2007-08.

He reached the 30-goal mark in each of his first 11 seasons in the League. No matter how you look at it, Ovechkin’s stats are undeniably impressive, and become even more so when considering the rate in which he has achieved them.

Fun fact: Since entering the NHL in the 2005-06 season, Ovechkin ranks first in career scoring in the League, with Jarome Iginla coming in second at 366. His 546 goals are also the 4th most in the NHL since the start of the 1992-93 season.

He’s also been known to score in overtime once or twice. On January 3, he notched his 19th overtime goal, a number matched only by Jaromir Jagr for the most in NHL history.

Just pretty, pretty stuff:
(March 1, 2011 vs N.Y. Islanders) Clutch:
(March 15, 2016 vs Carolina Hurricanes) Like it was yesterday:
(January 1, 2017 vs Toronto Maple Leafs) Despite all his on-ice success, it’s of note that Ovechkin never mastered his life’s one true wish - according to his Papa John’s commercial anyway. Safe to say, Ovechkin’s fans loved getting a taste of Ovechkin’s off ice personality, and at just 31 years old, the entire hockey world is looking forward to what else the captain can deliver.