Tierney pulling out all the assists

When it comes to Chris Tierney lending a helping hand, it’s not a question of, ‘What does he do?’ In this instance, it’s more appropriate to ask, ‘What doesn’t he do? 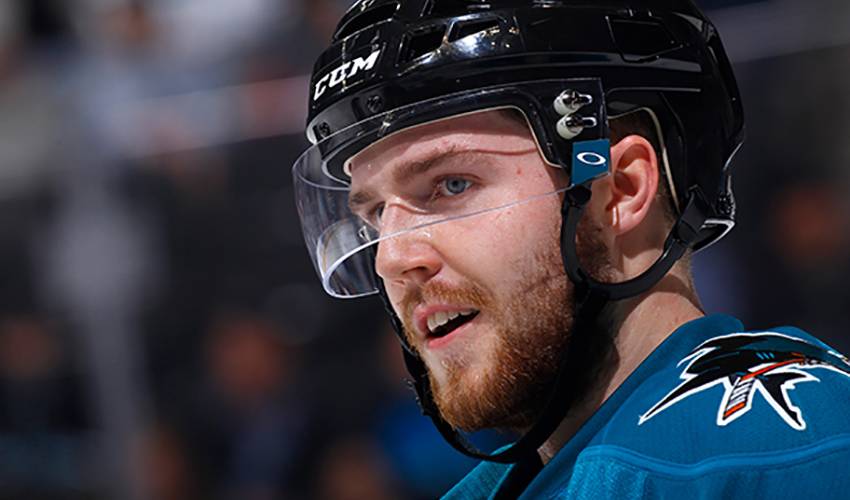 When it comes to Chris Tierney lending a helping hand, it’s not a question of, ‘What does he do?’ In this instance, it’s more appropriate to ask, ‘What doesn’t he do?

Hospital visits. Assisting kids with eye exams. You Can Play Project. They are just three examples of the many initiatives the 22-year-old Tierney has lent his support to over his time with San Jose.

His most recent assist, so to speak, comes in the form of team ambassador for Hockey Is For Everyone month.

In partnership with the You Can Play Project, an organization whose mission is to ensure the safety and inclusion of all in sports, including LGBTQ athletes, coaches and fans, Hockey Is For Everyone – running from February 1 to 28 – is designed to celebrate diversity and inclusion in the game.

“I always try to get involved with the Sharks Foundation or any charity work I can do through the team,” said Tierney.

“When Tommy Wingels (former San Jose forward, who was traded to Ottawa) was here, he was very involved with You Can Play. When he left, they asked me if I would do it. Of course, I said yes. It’s a big honour to be asked to represent it.”

No matter what the undertaking – take a look around the Web for plenty of video proof – Tierney is completely comfortable around whomever he happens to meet.

When he and teammate Joel Ward helped distribute nearly 50 pairs of eyeglasses to students through the Sharks Foundation, the official charitable arm of the club, the interaction between players and kids was as natural as it gets.

“I think it’s really important, especially with the kids, to give back to our community in San Jose,” said Tierney, the 55th overall draft pick of the Western Conference squad in 2012. “Everyone is so warm and welcoming to us no matter where we are. The support is unbelievable. Any time I can do something like the eye exams or going to the hospital to spend some time with kids, I’m happy do it.”

“When I was in London, in my last year, we did a visit to the Children’s Hospital on a regular basis,” he recalled. “Josh and I were partnered up to go together. You get quite comfortable early on, just meeting and talking with the kids. There’s no doubt it’s tough seeing kids struggling and it immediately puts things into perspective. But to have those down-to-earth conversations and hopefully see some smiles – that puts a smile on your face, too. Starting from that time in London, you really understood the importance and meaning behind giving back.”

It’s obvious Tierney hasn’t forgotten those moments and the impact hockey players can have on others. He was reminded of it once again through his work with the You Can Play Project.

“There are so many star players around the league leading the way, so it’s pretty cool to be doing this along with them and help grow our great game.”